This Medication Could Reverse a Third of Abortions 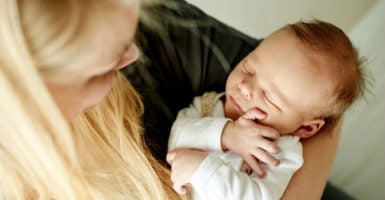 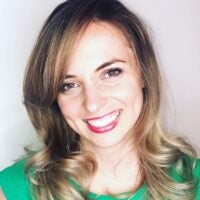 Arina O. Grossu is a scholar, writer, and speaker on sanctity of human life and bioethics issues. She is a guest contributor at the Charlotte Lozier Institute.

The abortion pill has been around for years and has become a highly common form of abortion.

Now, it appears an antidote medication has arrived, and it is already saving hundreds of babies.

The abortion pill (mifepristone, more commonly known as RU-486) has been shown in a new systematic review of literature to be effective at killing an embryo if given in doses ranging from 200 milligrams to 600 milligrams.

But an updated case series, soon to be published, will highlight the success rate of a little-known therapy called the “abortion pill reversal.” This therapy has a 60 to 70 percent success rate in reversing the effects of the abortion pill after it has been taken.

U.S. medication abortions have been on the rise since 2000, when the Food and Drug Administration approved mifepristone under President Bill Clinton.

According to the Guttmacher Institute, medication abortions have increased from 6 percent of all abortions in 2001 to 31 percent in 2014, despite the overall decline in the number of abortions in the U.S. during that same period.

In addition, medication abortions account for nearly half (45 percent) of all abortions committed prior to nine weeks gestation.

In 2016, the FDA under President Barack Obama expanded the timeframe for the use of mifepristone to 10 weeks gestation. That move put women’s health and safety at further risk, since the abortion pill regimen is less effective the further along the woman is and carries a higher risk of major adverse events.

With the increase in state pro-life laws placing limits on abortion, and with fewer abortionists now in the medical field, medication abortion has become a convenient alternative to surgical abortions for the abortion industry.

The first drug, mifepristone, acts to block progesterone, a hormone that not only allows the embryo to implant but also stimulates the delivery of essential nutrients to the growing baby within the mother’s uterus. Without progesterone, the baby starves to death and the placenta separates.

Misoprostol is then taken about 36 to 72 hours after taking the mifepristone, causing contractions that are meant to expel the dead baby.

This process may take a few hours or up to a few days. The mother delivers the dead baby at home without the supervision of a doctor.

In order to work, the abortion pill reversal technique must be started generally within the first 24 to 72 hours of taking mifepristone and before taking misoprostol.

>>> For more information on the abortion pill reversal, visit www.abortionpillreversal.com or call (877) 558-0333.

This innovative procedure was discovered by Dr. Matt Harrison in 2006. He realized that if he gave women extra progesterone, it competed with the effects of mifepristone and could save the baby’s life by allowing nutrients to once again reach the growing baby.

The women who have undergone successful reversal therapy are amazing testaments to the efficacy of the procedure.

Take for example Rebekah Buell, who at 18 years old realized she had made a mistake soon after taking mifepristone in the spring of 2013.

The new option of a reversal allowed Buell to save and give birth to her healthy son Zechariah, who is now a precocious 3-year-old.

Andrea Minichini experienced a similar miraculous reversal. Minichini, then 21 years old, desperately searched for a way to save her preborn son from the moment she swallowed the first abortion pill under pressure from her doctor and her boyfriend.

Although she underwent the abortion pill reversal at approximately 48 hours after taking mifepristone, the progesterone therapy was successful, and she too gave birth to her healthy son Gabriel, a thriving 2-and-a-half-year-old today.

Thanks to courageous mothers and the ingenuity of doctors who are using medicine for good, 250 babies have been miraculously saved from the grip of abortion and have been born healthy. And as mentioned, there are 100 more pregnant women currently undergoing the abortion pill reversal technique.

The abortion pill reversal truly gives moms a second chance at choice and their babies a chance at life.