Britain Will Vote This Week. What’s at Stake for the UK and US. 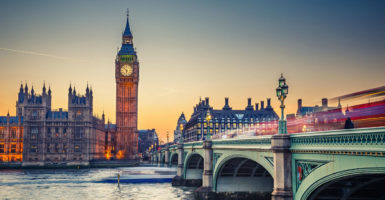 British voters will go to the polls Thursday in one of the most important U.K. general elections in decades.

At stake is the future of Brexit, following the decision of the British people to leave the European Union in a historic referendum held on June 23 last year.

The Conservative government, led by Prime Minister Theresa May, has vowed to implement Brexit and secure a robust deal for Britain in negotiations with the EU, which are scheduled to begin on June 19.

Britain will officially leave the EU by the end of March 2019.

The opposition Labour Party, led by Jeremy Corbyn, has also pledged to respect the will of the British people and implement Brexit—but Labour’s stance is riddled with caveats, which could hamper and greatly complicate the Brexit process, and potentially scuttle it altogether.

Labour’s leadership strongly opposed Brexit during the referendum campaign, but millions of Labour voters still backed Brexit at the ballot box, forcing a shift in Labour policy for electoral reasons.

Despite Labour’s pledges, there is no guarantee that a Labour government would see Brexit through, and a Labour victory on June 8, though highly unlikely, would generate significant uncertainty.

Most U.K. pollsters predict the ruling Conservative Party will win the election race, but not by a landslide as originally projected when the campaign kicked off in May. The Conservative government will likely increase its overall working majority in the House of Commons, which currently stands at just 17.

But the polls have significantly tightened in the last two weeks, with a new survey by YouGov suggesting the possibility of a hung parliament, with the Conservatives remaining the largest party but without an overall Commons majority.

Such a scenario would make it very difficult for a Conservative government to pass legislation unless it formed a coalition with another party, such as the Liberal Democrats.

The Conservatives shared power with the Liberals in a coalition from 2010 to 2015, but their outright opposition to Brexit would make another deal impossible today. A hung parliament under current circumstances would very likely lead to another general election.

May, who became prime minister following David Cameron’s resignation last year, has significantly stronger approval ratings than Corbyn. The former home secretary has assembled a respected and highly competent Cabinet since taking over the reins of Downing Street last July.

Her decision to call a snap general election was risky, but should end up strengthening her position as prime minister. 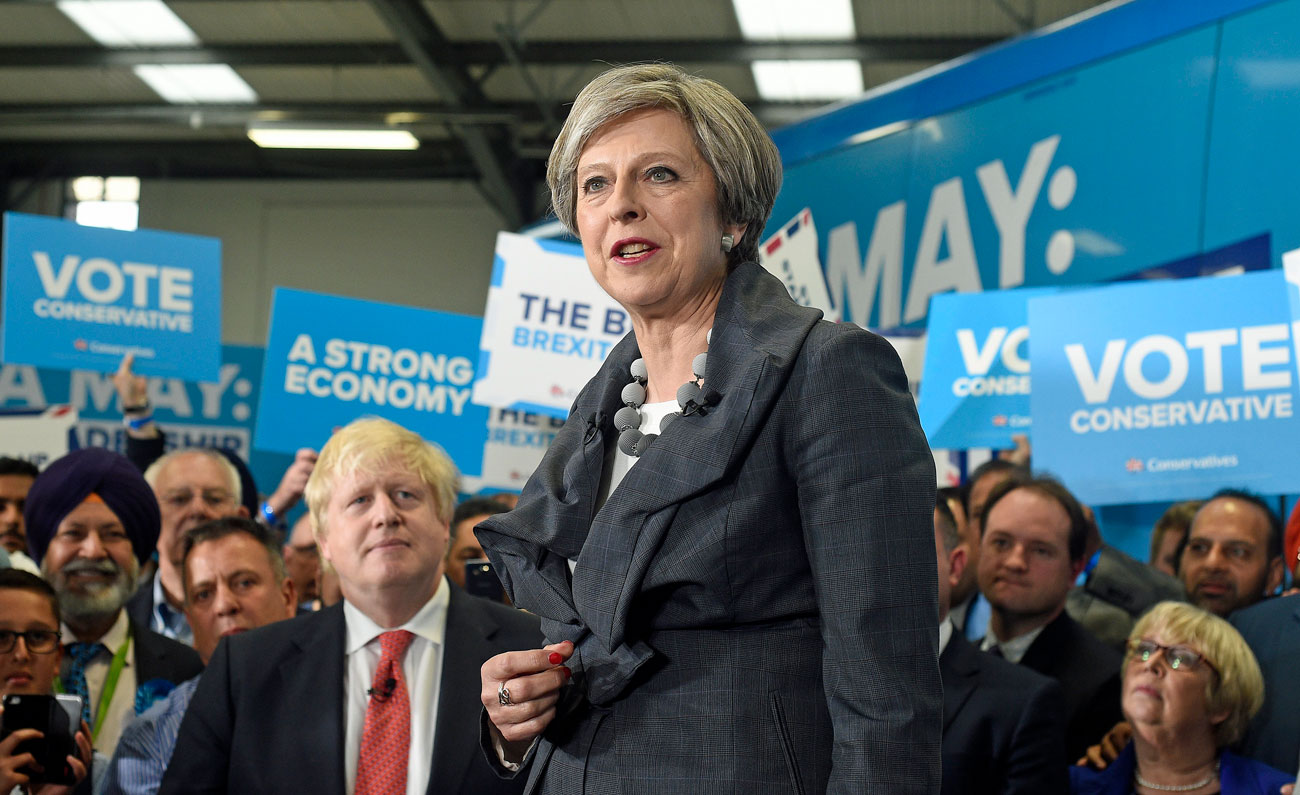 Prime Minister Theresa May has vowed to see Brexit through, having triggered the process in March by invoking Article 50 of the Lisbon Treaty. (Photo: Gerry Penny/EPA/Newscom)

A victory for the Conservatives on June 8 would ensure a smooth continuation of Brexit policy, as well as the continued strengthening of the U.S.-U.K. special relationship.

May has built a robust partnership with President Donald Trump, and had a very successful visit to the White House in February. A surprise win for the Labour Party, though, would strain relations with Washington, possibly derailing Brexit, and rattling the financial markets.

Corbyn, an admirer of Karl Marx, has built a reputation as a far-left ideologue who believes in high taxes, elevated trade union power, and far greater levels of state intervention in the economy.

In many respects he threatens to return Britain to the dark days of the 1970s, when it became known as the “sick man” of Europe.

Corbyn has supported terrorist groups in the past, including the Irish Republican Army, Hamas, and Hezbollah, and has brought former communists into key positions on his campaign. He has also expressed admiration for the late Venezuelan tyrant Hugo Chavez.

Significantly, Corbyn’s shadow chancellor of the exchequer, John McDonnell, is a former Marxist who has also praised the IRA. 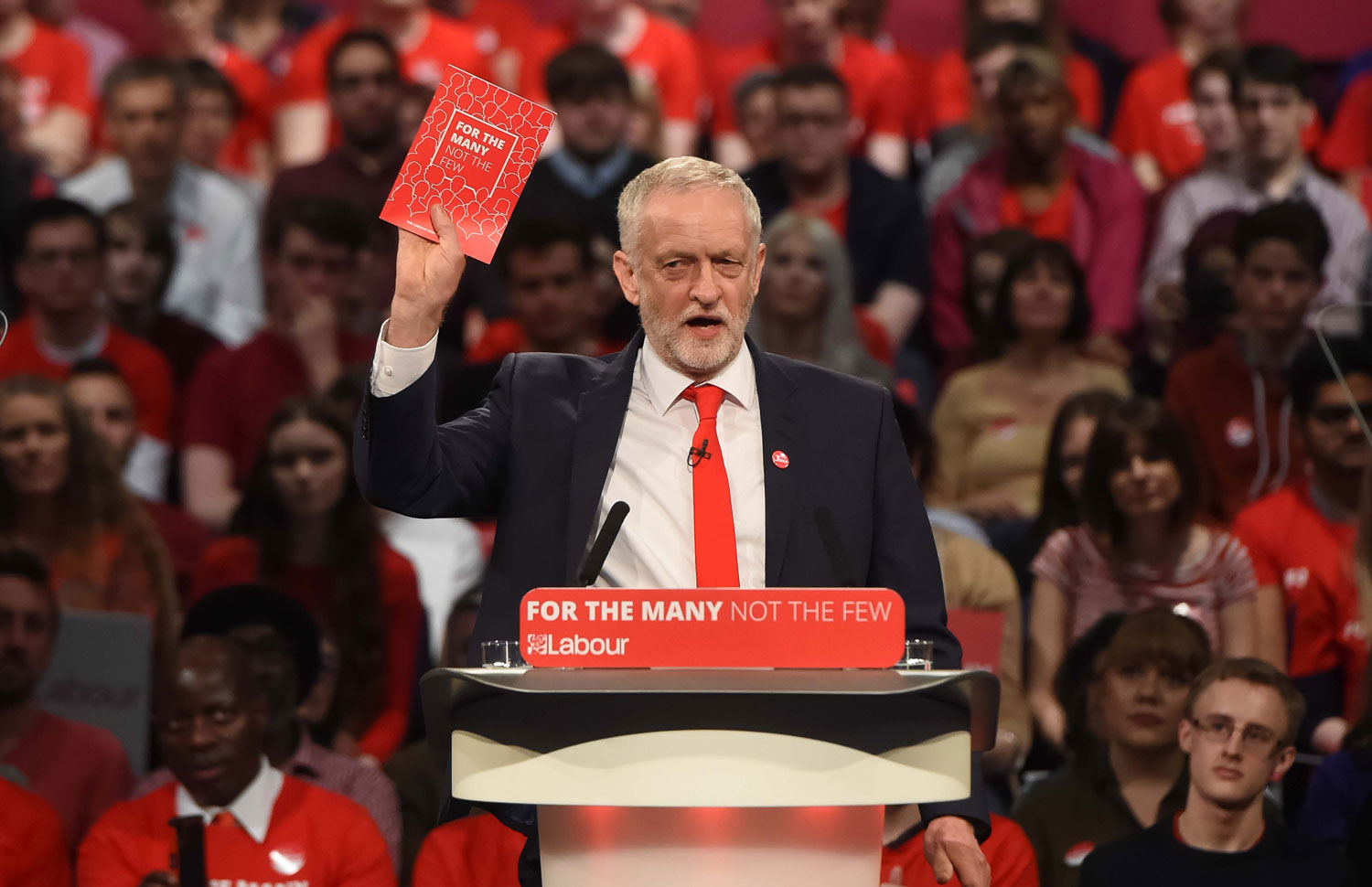 Jeremy Corbyn was elected leader of the Labour Party after Labour’s stinging defeat in 2015 under the leadership of Ed Miliband. (Photo: Nick Wilkinson/Mirrorpix/Newscom)

If elected prime minister on Thursday, Corbyn would be the most radical left-wing leader in modern British history.

The consequences of a Corbyn victory for the special relationship would be disastrous, and highly damaging for both U.S. and British interests. It is hard to see how Corbyn’s deep-seated anti-Americanism could square with his ability to work with a U.S. president he has accused of making the world a more dangerous place.

This week’s election will have far-reaching implications for Britain’s future as a global power and its position as the world’s fifth-largest economy. It will also directly impact the United States, whose partnership with Great Britain is the most powerful bilateral alliance in the world.

May’s leadership represents a firm commitment to ensuring that Brexit is a success, and regenerating Britain’s role as a truly sovereign world power.

Corbyn, in contrast, projects an aura of British decline, and a return to the disastrous years of the 1970s era, when damaging socialist policies brought the British economy to its knees.

It is in America’s interests to have a powerful, global Britain at its side. Only Britain’s Conservatives are offering to deliver such a future.