I Grew Up in Chavez’s Socialist Venezuela. Here’s What I Think About the Current Crisis. 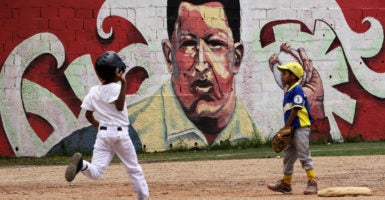 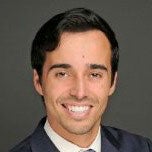 Venezuela’s air is thick with tear gas and its streets are stained with the blood of its youth.

The South American nation has been reduced to a battlefield as government forces brutally pummel protestors. For the past 50 days, Venezuelans throughout the country have taken to the streets in anti-government uprisings.

With approval ratings in the teens, the socialist and criminal regime of President Nicolas Maduro appears to be on its last legs.

Hundreds of thousands of protestors continue pouring into the streets, demanding an end to the corruption that has bankrupted the world’s most oil-rich nation.

Maduro has predictably responded to this pressure with more violence.

Nearly 50 Venezuelans have been killed in the protests in the past two months, and more deaths will likely follow if the government follows through on its plan of deploying military snipers to tame the crowds.

Such a plan, coupled with the repeated threats from Maduro himself, puts the fragility of his political creed on full display. Socialism is a scam best understood by those who sell it and, eventually, the ones swindled by it.

Over 20 years ago, under the banner of socialism and its endless list of impossible promises, demagogues hijacked Venezuela’s government, dismantled civil society, and crippled the national economy.

Growing up in Chavez’s Venezuela is the defining experience of my life. The country was collapsing and no one seemed to be able to stop it. The opposition was persecuted, journalists were silenced, peaceful protesters were murdered, and crime was rampant.

As a kid, the crisis was evident to me when it was no longer safe to play baseball in the streets, when my parents whispered about yet another kidnapping in the neighborhood, or when my grandmother returned home teary-eyed after being mugged.

My parents, like many others at the time, recognized that the country’s decay was imminent. The socialist party’s grip over government institutions grew stronger and, in turn, those institutions grew more impotent in dealing with the looming crises.

The gradual and continued breakdown of the separation of powers meant that the rule of law would further erode, and the situation would grow more dire.

So, with a heavy heart but with a firm understating of what was to come, my parents left everything behind to give our family a second chance here in the U.S.

This second chance allowed my brother and I to know and grow up in a country whose society is at its best when individuals are empowered, not burdened, by the government.

This is a nation where civil society and strong families are the driving force of its national vitality—where hard work is rewarded and success is praised, not envied.

Ten years on, my parents’ sacrifice is still a constant reminder of the important lessons I learned in Caracas and the blessings I enjoy here in America.

Venezuela’s current struggle is fueled by people who yearn for similar blessings, and there is reason to hope for their success.

As Maduro’s socialist regime wages merciless war on its own citizens—who are starved for food and freedom—pressure has continued to mount on him, and the strain is beginning to show. Venezuelans have increasingly taken to the streets in recent months to protest against the Maduro regime. (Photo: AndrÃs Gerlotti/newzulu/Newscom)

Abroad, Venezuela’s regional allies, famous for turning a blind eye to abuses in exchange for financial incentives, have spoken out against Maduro’s violent repression.

International organizations of large standing have rallied to penalize the regime in attempts to dissuade it from further escalating force against unarmed civilians.

In the U.S., President Donald Trump has swiftly acted to end his predecessor’s eight years of complicit silence, voicing support for political prisoners and issuing sanctions against corrupt officials.

>>> This May Be Venezuela’s Tiananmen Square Moment

In spite of being historically fractious, Maduro’s political opposition is now galvanized against him. They have sought to maintain momentum in the streets and have unanimously rejected Maduro’s attempt to rewrite the constitution.

But perhaps the most telling sign of cracks in the internal regime is the attorney general’s unprecedented public break with the government.

History has repeatedly shown socialism to be a corrupt and destructive force, and there is no better example of this than in today’s Venezuela.