A First Look at Energy Issues in Trump’s Budget 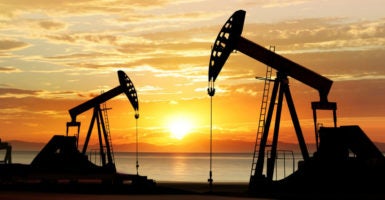 President Donald Trump’s fiscal year 2018 budget proposal calls for a number of energy policy reforms, some good and some bad.

We examine each of these below.

The U.S. Geological Survey estimates that 10.4 billion barrels of oil lie beneath a few thousand acres in the refuge. Producers can access that oil with minimal environmental impact.

The amount of land available to energy production would represent 0.01 percent of the refuge’s total land mass. The designated area is largely desolate and has no trees, deep-water lakes, or mountain peaks.

Opponents to opening the refuge to industry will say there’s no interest because the price of a barrel of oil is so low—but that’s for the market to determine, not politicians or regulators.

Oil companies make investments looking far into the future. It’s not the role be the federal government or environmental activists to tell energy companies what’s economically feasible, especially as American energy companies continue to innovate and drive down costs of production.

Importantly, the U.S. Geologic Survey also notes that “nearly 80 percent of the oil is thought to occur in the western part of the ANWR 1002 area, which is closest to existing infrastructure.”

Oil produced in the refuge could relieve the potential technological challenges the Trans-Alaska Pipeline System faces if the supply becomes too low.

Trump’s budget calls for the sale of 250 million barrels of oil from the Department of Energy’s Strategic Petroleum Reserve.

As part of the U.S. commitment to the International Energy Agency, the federal government created the Strategic Petroleum Reserve through the Energy Policy and Conservation Act in 1975. The Strategic Petroleum Reserve has been a futile tool for responding to supply shocks, and it disregards the private sector’s ability to adapt to price changes.

Whether a shortage or a surplus of any resource exists, the private sector can more efficiently respond to changes in oil prices, whether it is unloading private inventories, making investments in new drilling technologies, or increasing the use of alternative energy sources.

Congress and the Trump administration should liquidate the entire reserve, specifying that the sales go exclusively toward deficit reduction.

As previewed in the original “skinny budget,” the president’s budget proposal commits to making progress on a nuclear waste management facility at Yucca Mountain.

The courts made clear that unless Congress directs otherwise, the federal government is required to continue the licensing review of a repository at Yucca Mountain.

This is a good step forward. The budget appropriates $120 million through the Department of Energy to support participation in the remaining licensing activities by the department, the state of Nevada, and local governments. It similarly appropriates $30 million to the Nuclear Regulatory Commission. Yucca Mountain in Nevada was designated in 2002 as a major storage center for nuclear waste, but was defunded due to political maneuvering in 2010. (Photo: Chuck Kennedy/KRT/Newscom)

The budget also directs the Department of Energy to re-establish the organizational and technical capabilities needed to complete a licensing process, presumably under the statutorily required Office of Civilian Radioactive Waste Management, which the Obama administration eliminated in its efforts to block the possibility of a repository at Yucca Mountain.

In doing so, the budget also calls for interim storage activities and a 0.1-cent fee per kilowatt-hour on nuclear power starting in 2020. This arbitrary fee has been problematic and politicized before, and in fact is one of the fundamental flaws in the current approach.

Though the budget provides clear, long-needed leadership on nuclear waste management and the implications of failed leadership, the Trump administration sets its sights short when it comes to the purpose.

The mission, as stated, “is to fulfill the federal government’s obligations to address nuclear waste in a safe and fiscally responsible way.” A more dynamic approach is possible if incentives and responsibilities are properly aligned.

The president’s budget follows in the footsteps of Presidents Bill Clinton and Ronald Reagan in removing the federal government from the business of managing and selling electricity.

The budget unfortunately does not touch the Southeastern Power Marketing Authority or the Tennessee Valley Authority.

The four PMAs and Tennessee Valley Authority are outmoded forms of providing rural areas with electricity. Their missions have more than been completed, and quasi-political management has had unintended economic and environmental consequences.

Fundamentally, the federal government should not be in the business of generating and distributing electric power and in the process providing subsidized power to politically favored groups at the cost of U.S. taxpayers.

Congress should follow suit with the remaining four and the Tennessee Valley Authority.

Trump’s budget proposal would shift royalty revenues collected from energy production in federal waters from the Gulf Coast states back to the federal government.

Under the Gulf of Mexico Energy Security Act of 2006, Alabama, Louisiana, Mississippi, and Texas receive 37.5 percent of the royalties for certain leases. For other leases, the revenues are capped at $500 million per year.

For oil and gas production on federal lands, however, states collect 50 percent of the revenues.

Congress and the Trump administration should apply the same percentage to offshore energy production and lift the cap on revenue collection. Drilling off states’ coasts and allowing them a larger share of the royalty revenue would encourage more state involvement in drilling decisions.

Offshore drilling would also promote state and local government participation in allocating funds, whether closing a state’s deficit or for coastal restoration and conservation.

A first brush at the energy policy provisions in the president’s budget are promising. The budget provides much-needed leadership and reduces the scope of the federal government where it has encroached into areas best left to the private sector.

While not perfect, so far, so good.