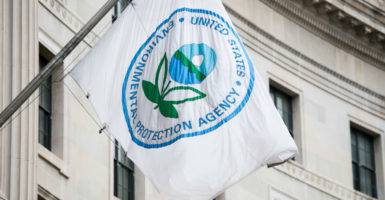 An official inside the Environmental Protection Agency invited an activist group currently locked in a lawsuit with the Trump administration to the agency’s office for a discussion about scientific integrity, according to documents obtained by the Washington Examiner.

Francesca Grifo, the EPA’s scientific integrity official, sent an invitation earlier this month to the Natural Resources Defense Council for a meeting to discuss the direction President Donald Trump plans on taking the agency.

The council has filed several lawsuits against Trump, most of which target the president’s climate policies.

“It is my pleasure to invite you to the U.S. Environmental Protection Agency’s Scientific Integrity Annual Stakeholder Meeting,” Grifo wrote in an email. The meeting was intended to hash out the administration’s scientific integrity.

The Natural Resources Defense Council and other environmental groups have engaged in pitched battles against the White House to protect aspects of President Barack Obama’s so-called Clean Power Plan, which Trump is preparing to nix.

The group filed two lawsuits against the administration earlier this year to prevent the EPA from withdrawing from a mercury rule and to block the Keystone XL oil pipeline from being built. The council also tried to intervene in a lawsuit against a national ocean monument Obama created.

The EPA has not responded to questions from The Daily Caller News Foundation about whether Grifo is a holdout from the previous administration.

The White House sent draft budget plans to agencies earlier this year, detailing billions of dollars in cuts to several agencies, with cuts to the EPA responsible for funding a $54 billion increase in defense spending.

Trump also proposed reducing the EPA’s 15,000-strong workforce to 12,000, a level not seen since the Reagan era.

Congress left much of the president’s proposal on the cutting room floor. Lawmakers passed a  $1.1 trillion spending bill earlier this month that reduced the EPA’s budget 1 percent to $8 billion and requires no staffing cuts.