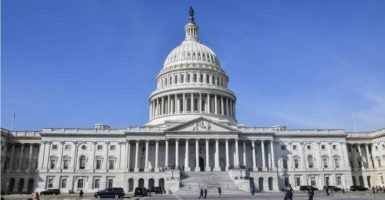 A bill introduced Tuesday will reinstate the 14 regulations that have been overturned in the past several months. (Photo: Jules Annan /Retna/Avalon.red/Newscom)

President Donald Trump and the Republican-controlled Congress have repealed 14 regulations through the Congressional Review Act since Jan. 20, but that is too fast for Booker.

The untitled bill introduced Tuesday, temporarily called “A bill to repeal the Congressional Review Act, and for other purposes,” is cosponsored by New Mexico Democratic Sen. Tom Udall.

The bill would reinstate the 14 regulations that have been overturned in the past several months. The Congressional Review Act also prevents agencies from reinstating the rules repealed by Congress, and Booker’s bill would end that ban.

Booker believes the rate of repeals this year shows that the Congressional Review Act is easily abused and helps special-interest groups lobby against rules that have been vetted by government agencies, according to Reuters.

The regulations removed under the Congressional Review Act this year range from labor policies to energy regulations.

Before Trump’s presidency, the Congressional Review Act of 1996, which allows an agency’s rule to be overturned with a simple joint resolution stating that “such rule shall have no force or effect,” had only been used once.