Here’s How Wrong Past Environmental Predictions Have Been 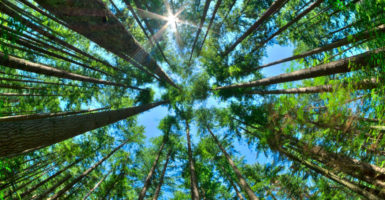 In 1970, award-winning biologist Paul Ehrlich predicted that "all important animal life in the sea will be extinct" by the year 1980. (Photo: iStock Photos)

Each year, Earth Day is accompanied by predictions of doom.

Let’s take a look at past predictions to determine just how much confidence we can have in today’s environmentalists’ predictions.

In 1970, when Earth Day was conceived, the late George Wald, a Nobel laureate biology professor at Harvard University, predicted, “Civilization will end within 15 or 30 years unless immediate action is taken against problems facing mankind.”

Also in 1970, Paul Ehrlich, a Stanford University biologist and best-selling author of “The Population Bomb,” declared that the world’s population would soon outstrip food supplies.

In an article for The Progressive, he predicted, “The death rate will increase until at least 100-200 million people per year will be starving to death during the next 10 years.”

He gave this warning in 1969 to Britain’s Institute of Biology: “If I were a gambler, I would take even money that England will not exist in the year 2000.”

On the first Earth Day, Ehrlich warned, “In 10 years, all important animal life in the sea will be extinct.”

Despite such predictions, Ehrlich has won no fewer than 16 awards, including the 1990 Crafoord Prize, the Royal Swedish Academy of Sciences’ highest award.

In International Wildlife (July 1975), Nigel Calder warned, “The threat of a new ice age must now stand alongside nuclear war as a likely source of wholesale death and misery for mankind.”

In Science News (1975), C.C. Wallen of the World Meteorological Organization is reported as saying, “The cooling since 1940 has been large enough and consistent enough that it will not soon be reversed.”

In 2000, climate researcher David Viner told The Independent, a British newspaper, that within “a few years,” snowfall would become “a very rare and exciting event” in Britain. “Children just aren’t going to know what snow is,” he said. “Snowfalls are now just a thing of the past.”

In the following years, the U.K. saw some of its largest snowfalls and lowest temperatures since records started being kept in 1914.

The world has been chilling sharply for about 20 years. If present trends continue, the world will be about 4 degrees colder for the global mean temperature in 1990 but 11 degrees colder in the year 2000. This is about twice what it would take to put us into an ice age.

Also in 1970, Sen. Gaylord Nelson, D-Wis., wrote in Look magazine: “Dr. S. Dillon Ripley, secretary of the Smithsonian (Institution), believes that in 25 years, somewhere between 75 and 80 percent of all the species of living animals will be extinct.”

Scientist Harrison Brown published a chart in Scientific American that year estimating that mankind would run out of copper shortly after 2000. Lead, zinc, tin, gold, and silver were to disappear before 1990.

Having learned nothing from its earlier erroneous claims, in 1974 the U.S. Geological Survey said the U.S. had only a 10-year supply of natural gas.

The fact of the matter, according to the U.S. Energy Information Administration, is that as of 2014, we had 2.47 quadrillion cubic feet of natural gas, which should last about a century.

We have to offer up scary scenarios, make simplified, dramatic statements, and make little mention of any doubts we might have. … Each of us has to decide what the right balance is between being effective and being honest.

In 1988, then-Sen. Timothy Wirth, D-Colo., said: “We’ve got to … try to ride the global warming issue. Even if the theory of global warming is wrong … we will be doing the right thing anyway in terms of economic policy and environmental policy.”

Americans have paid a steep price for buying into environmental deception and lies.