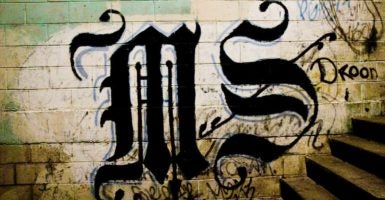 Trump, Attorney General Jeff Sessions, and Homeland Security Secretary John Kelly have all recently mentioned the gang by highlighting its dangers and explaining how they will combat the group.

In a Tuesday tweet, Trump blamed the Obama administration’s “weak illegal immigration policies” for MS-13’s increase in size and strength. He also noted that he plans to remove members of the gang “fast.”

The weak illegal immigration policies of the Obama Admin. allowed bad MS 13 gangs to form in cities across U.S. We are removing them fast!

In a Fox News interview with host Tucker Carlson this week, Sessions echoed Trump’s point by casting blame on MS-13’s growth on the previous administration, saying, “It’s no doubt that [the Obama administration] had an impact because so many of these [gang members] are illegally here without proper authority, and with a good, lawful border, they would not be here.”

He also said the gang has grown to 10,000 members in America.

Sessions said before a meeting with the Organized Crime Council—a coalition of 13 federal agencies:

Because of an open border and years of lax immigration enforcement, MS-13 has been sending both recruiters and members to regenerate gangs that previously had been decimated, and smuggling members across the border as unaccompanied minors … They are not content to simply ruin the lives of adults—MS-13 recruits in our high schools, our middle schools, and even our elementary schools.

To counter the illegal immigration problem, Sessions said the government will build a border wall and recruit more border agents.

“We can devastate this gang. We’re going after them. We are not going to allow them to take over a block, a corner of our communities and terrorize people with this violence,” Sessions said.

“[MS-13 gang members] are not geniuses … they are involved in the kind of activities that can be identified and they can be prosecuted,” he added.

Sessions also praised “Trump’s leadership,” to which he said contributed to this year’s 17-year low in illegal immigration, and claimed that the president is focused on putting a stop to “this lawlessness.”

Additionally, Sessions made a comment to those who wish to enter America legally: “What we want to say to the world is: Please come lawfully. Wait your turn, make your application, and it will be evaluated. And if you’re accepted, come. But don’t come illegally.”

“That’s what the American people have a right to expect their government to do. And in the process we can protect them from some of the violent criminals and terrorists that are coming in,” he said.

Kelly also came out to publicly condemn the gang, calling MS-13 a group “utterly without laws, conscience, or respect for human life.”

Hans von Spakovsky, a senior legal fellow for the Institute for Constitutional Government at The Heritage Foundation, said he views the Trump administration’s targeting of MS-13 as a focus on law and order that voters desire.

“This is the type of vigorous law enforcement the American people clearly voted for in November,” von Spakovsky said.

“Since most MS-13 gang members are illegal aliens, the administration’s reinvigoration of immigration enforcement will also help alleviate and destroy this problem that is endangering neighborhoods all over America,” he added.

This article has been updated to clarify the origins of MS-13.