US International Broadcasting Needs Deep Reform. Here’s What Trump Should Look for in Choosing Its Leader. 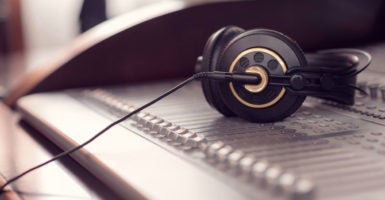 International broadcasting is the U.S. government's primary means of outreach to citizens around the world and serves as a key tool in U.S. diplomacy. (Photo: iStock Photos)

Appointing a new CEO to head U.S. international broadcasting is one of the many tasks on the list for the Trump White House.

In part thanks to the snail-paced confirmation process orchestrated by Senate Democrats, the administration’s to-do list is still lengthy and the presidential appointment of a broadcasting CEO appears to be languishing.

Yet, getting the new CEO in place is the first, necessary step to improving the functions of the $750 million broadcasting complex under the Broadcasting Board of Governors that serves as the U.S. government’s primary outreach to citizens around the world—a major tool of U.S. public diplomacy.

This complex includes Voice of America as well as the semi-governmental Radio Free Europe/Radio Liberty and the Middle East Broadcasting Network, among others.

It is well established by now in study after study, including reports by the General Accounting Office, that the Broadcasting Board of Governors cries out for reform.

Among the long-needed reforms are: streamlining the management, better handling of human resources, fixing the duplication of language services, investments in new technology, enhancement in overall professionalism, and fulfilment of the broadcasters’ charter.

Legislation signed into law by President Barack Obama last December has given the Trump administration a rare opportunity to advance that reform. In addition, on March 13, President Donald Trump himself signed an executive order “to reorganize government functions and eliminate unnecessary agencies.”

So in order to advance this process, what kind of qualifications should the Trump administration look for in a candidate for the top job?

Finally, it might be added, the presidentially appointed CEO of U.S. international broadcasting should be someone with nerves of steel. Running this agency has proven a stiff challenge for managers in the past. Reforming it will require a steady hand at the till.