Dignity and Fairness Matter for Every Child in the Locker Room 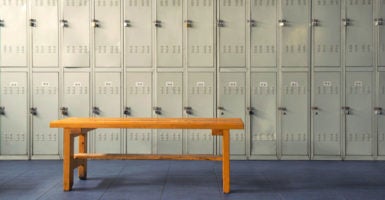 In February, the Trump administration rescinded Obama-era guidance that directed all U.S. public schools to allow self-identifying transgender students to use the restroom corresponding to their self-expressed gender identity. (Photo: iStock Photos) 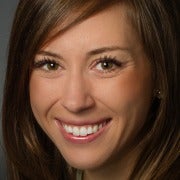 Kellie Fiedorek is a legal counsel with Alliance Defending Freedom

The American Civil Liberties Union recently noted in a blog post that “the burden of confronting and remedying injustice falls on the shoulders of the oppressed.”

There is some truth to this: The oppressed are powerful voices in any battle for justice. But when it comes to defending the most vulnerable among us—our children—it is chiefly the responsibility of parents, teachers, school administrators, and lawmakers to defend their rights.

Yet the ACLU, rather than seeking justice, fairness, and privacy for every child, has chosen to privilege a select few while utterly disregarding the privacy rights of millions of other young students across the country.

In the growing conversation taking place about what privacy means in intimate facilities, and whether one’s biological sex is a relevant factor to consider in boys’ and girls’ athletics, we’ve heard a lot from certain students who are working through very sensitive issues pertaining to their sex and gender identity.

And that is a good thing. Their voices matter in this conversation.

But substantially missing from this national conversation are the indispensable voices of the vast majority of children, and particularly girls. Ignoring their voices results in a failure to advance true equality and justice and violates children’s fundamental rights. Indeed, not one child’s privacy should be compromised.

And yet, young girls across the country—including in Illinois and Ohio, as just two examples—have been subjected to anxiety and humiliation when their school administrators secretly decided to open the schools’ locker rooms, restrooms, or showers to the opposite sex.

In Texas, 10-year-old Shiloh Satterfield recently described to the state’s Senate Judiciary Committee how uncomfortable and anxious she feels now that her school has changed its policies to let boys into the school’s intimate facilities.

Her parents join thousands of other parents understandably concerned about what this means—not only for their children when changing clothes for gym class or showering after a swim meet, but also for overnight school trips where their daughters could be forced to share a bed with a biological boy (or vice versa).

And take the young boy in Pennsylvania who is not even able to change for the school’s mandatory gym class because the school is forcing boys and girls to undress together and to try “to act as natural as possible” while doing so. The boy is receiving a failing grade for each class he is unable to change for.

Young girls and boys across the country are trying to be heard—to share their discomfort and embarrassment at the thought of having to undress with a member of the opposite sex, or their frustration that they will no longer be able to compete in a fair environment if their sports teams allow boys and girls to play together.

These voices are not coming from a place of fear or social dislike. I’ve witnessed the love these students have for their friends who consider themselves transgender, while simultaneously pleading for their own rights, dignity, and privacy to be protected.

Just last week, a 15-year-old boy who identifies as a girl competed in a Connecticut high school girls’ track meet and won the 100- and 200-meter dashes.

Even a quick glance at the pictures from the meet reveal that this young man, who now identifies as a woman, is still very much built as a male and is already significantly larger than his female peers.

As a woman who loved playing sports in high school, it’s obvious to me and many others that allowing biological males to compete with females is fundamentally unfair to girls who are physically different than high school boys.

Allowing boys, regardless of how they identify, to play on girls’ sports teams creates an unequal playing field for girls to compete and deprives them of a fair chance to qualify for—let alone win—athletic competitions.

Before the Civil Rights Act of 1972, women did not have the same athletic opportunities as men. In this emerging conversation, we cannot forget the ground women have gained for equal opportunities.

Permitting the definition of sex to be changed or ignored would undermine the very essence of what it means to be male and female, which is a particularly relevant factor when it comes to athletics.

This understanding of biological differences is precisely what led to the passage of federal laws that help ensure a fair playing field for women. And now, some in our society, ironically in the name of equality, are running roughshod over what women fought so hard to obtain.

Many would like to paint this as a one-sided story about one victim: the boy who thinks he’s a girl, or the girl who thinks she’s a boy. And these children absolutely deserve love, attention, and support.

But supporting and caring for them does not mean we should inflict injustice on other children. We owe every young person in America a better response—a compassionate and fair solution that ensures protection for every student’s privacy and well-being, such as the policy that Alliance Defending Freedom has recommended to schools since 2014.

This policy allows schools to respect student privacy by continuing to designate separate boys’ and girls’ showers, locker rooms, and restrooms while providing other facilities for any student uncomfortable with using areas that correspond to his or her biological sex.

Justice requires that we protect the privacy and dignity of every child. We as a society should pause before we tell some children that their voices and their privacy rights don’t matter.