A Free Press Should Liberate Minds, Not Enslave Them 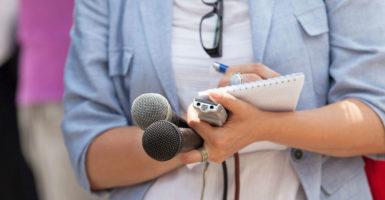 The Founding Fathers understood the press to be a vital check on government power, not a machine to dictate and limit public opinion. (Photo: iStock Photos) 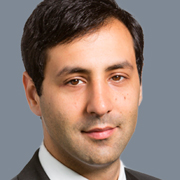 Over the past few months, there has been much public commotion and blowback against the news media.

News anchor Chris Cuomo nicely, though unwittingly, predicated the problem live on CNN back in 2014: “We couldn’t help [Hillary Clinton] any more than we have; she’s gotten just a free ride so far from the media; we are the biggest ones promoting her campaign.”

The implication of Cuomo’s admission—that the press should dominate the public mind in service of its prejudices and interests—shows a dangerous misunderstanding of the purpose of this institution’s role in our republic, and a shallow view of the stakes involved.

As originally understood by our founders and the enlightenment thinkers who preceded them, the freedom of the press had a two-fold aim.

First, the press would serve to promote the discovery and dissemination of truth, in philosophy, science, and politics, to the benefit of society and the individual. It would serve both by defending republicanism, which is founded on rational truths discoverable by the mind, against various kinds of dogmatism.

Second, our Founders understood that a free press would serve as a bulwark to protect citizens’ rights against government’s abuses. That is, the press would expose government corruption, ensuring that government itself abides by the law and serves the public good.

As constitutional scholar Walter Berns observed, “Just as republican government requires public men of the highest character, it requires a press to point to the derelictions.”

In this two-fold way, the original conception of this institution would preserve and bolster republicanism and allow for and protect intellectual liberty.

Perhaps more so today than ever before, the press has an unrivaled power in setting the tone in our society. It often contributes to forming citizens’ characters and sentiments.

Yet in wielding this power, it remains unclear the extent to which most of today’s press actively seeks to serve republicanism or whether it encourages certain habits of mind in the public for the sake of its own interest of ruling over public opinion.

A few examples of how it rules the public mind are telling.

In setting the intellectual tone, the press often encourages citizens to develop fanatical hatreds and belief in fantastical powers. The Washington Post’s editorial board, for example, has asserted that “[the] scope of the damage a President [Donald] Trump could do cannot be fully predicted or imagined.”

In fact, according to the Post, a President Trump could not only “destroy the world economy,” but could “fundamentally reshape the world, too.”

What remarkable powers does he not possess? One could not help but both fear and hate him—viewing neither him nor his supporters as one’s fellow countrymen.

In addition, the public mind frequently comes to imitate the methods of analysis used by the press, where it learns that political analysis should appear objective in order to legitimate one’s own prejudices. Rather than searching for answers, dishonesty is legitimate policy.

Few examples illustrate the point as well as a recent CNN documentary, narrated by Fareed Zakaria on Russian President Vladimir Putin, called “The Most Powerful Man in the World.” In it, Zakaria alleges that Putin disrupted U.S. elections based on personal hatred for Clinton.

“It went beyond ideology,” Zakaria narrates, “it was personal”—as though these could be the only motives animating any human being, let alone heads of state.

Zakaria, of course, never demonstrates nor even attempts to argue that Putin has a track record of acting based on hatred alone, nor does he address why a leader of a nation would take enormous risks to act only on the basis of single-minded hatred. In spinning such a story—intentionally or not—Zakaria flatters Clinton and her supporters by implying that Clinton is a frightening force, even to the “most powerful man in the world”—an odd conclusion given that few seemed to have feared her as secretary of state.

By dominating public opinion in these subtle ways, the press inclines citizens toward self-satisfied unseriousness.

Moreover, our constitutional republic depends on citizens jealous of their rights, who are prepared to push back against government corruption. The press is a mechanism through which to voice legitimate jealousy and make public officials, regardless of party affiliation, responsible to the public.

Yet the press has made relatively little issue of corruption reminiscent of the last days of Rome.

Gov. Terry McAuliffe of Virginia, in the run-up to the presidential election, sought to pardon 200,000 felons so that they could vote. Why the rush, one wonders?

When a court ruled this action illegal because pardons can come only from the pardoner’s direct knowledge of the circumstances of each case, McAuliffe proceeded to autopen as quickly as possible each pardon to circumvent the spirit of the judicial ruling.

In the end, he pardoned some 60,000 felons, according to The Daily Caller. Rather than alerting the public to this corruption, The New York Times preempted any opposition as racist.

Less and less, it seems, is the press concerned with the duty of preserving and bolstering political and intellectual liberty. Yet, perhaps more than any other public institution, the free press holds the key to preserving our civilization.

The press can fight off dogmatism, or it can perpetrate it. It can elevate citizens toward intellectual independence, or it can infuse them with its taste for unserious partisanship, and even fanaticism, indifferent to the common good. It can expose threats to our republic, or it can instead target its political enemies.