Syria Strikes Signal an End of ‘Leading From Behind’ 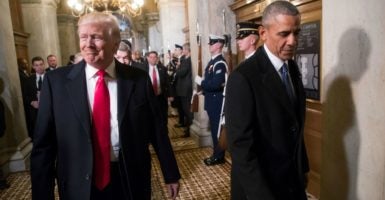 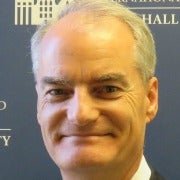 With his surprise, 180-degree decision to avenge innocents in Syria, President Donald Trump entered the particle accelerator that is foreign affairs.

The barrage of urgencies—inhumanity, chemical weapons, Syrian civil war, North Korean missiles, Russian warships, truck bombings, ISIS—has streamed his focus into a statesmanship that impresses even his detractors.  This reminds us of Trump’s speech to Congress in February where he grew visibly into his presidential shoes.

Taking decisive action in Syria indeed was in the U.S. national interest, not only an understandable human response to a human atrocity. How is it in the national interest? Chemical weapons cannot be tolerated a bit. No excuse exists. Any shadow of their acceptability would quickly become a black cloud over a world cowed into suspicion and fear. Our national interest depends upon a world open to itself and to the future.

How else was this in the U.S. national interest? Well, it also re-establishes U.S. credibility abroad. For friends and foes alike the bombing is a North Star reference point to White House foreign policies still in formulation. And certainly, that point is not a line, red or other. That point? No more “leading from behind.”

From military giants to lone wolves, today’s range of actors has expanded up, down, and sideways. And with their real-time access to global affairs, they are weaponizing most anything, be it information, chemicals, national debt, online data, or delivery trucks.

With his action in Syria, Trump chose to weaponize leadership. And he showed that the United States will use it to its best effect.