It’s Time to Denationalize the US Reverse Mortgage Market 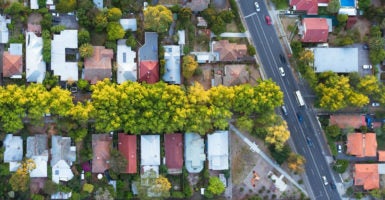 Since 1989, when the Department of Housing and Urban Development started to pilot home equity conversion mortgages to U.S. homeowners over the age of 62, the federal government has effectively nationalized the market for reverse mortgages.

The Department of Housing and Urban Development’s home equity conversion mortgage program became permanent in 1998, and over the last several decades, the U.S. market for reverse mortgages has remained almost entirely concentrated to those mortgages insured and regulated by the department.

To be sure, while reverse mortgages remain only a fraction the size of the overall U.S. residential mortgage market, federal taxpayers have backed nearly 1 million of these financial products since the department introduced home equity conversion mortgages in 1989.

Despite the vastly expanded presence of the federal government since the government began to insure reverse mortgages, there is no reason for federal taxpayers to continue subsidizing them and crowding out a non-government-insured private market for these products.

A private reverse mortgage market predates the federal government’s foray into home equity conversion mortgages, and more importantly, homeowners already have private means to borrow against equity they have accumulated in their homes.

The predominant form of this type of borrowing has occurred through the take up of home equity loans—mortgage (debt) instruments still considered within the classification of traditional forward mortgages.

Home equity borrowing was in fact popular in the years preceding the 2007-2009 housing crisis, as home prices were increasing rapidly and homeowners were looking to convert their accumulated equity into cash for consumption purposes.

In any event, reverse mortgages are different from the traditional forward mortgages—borrowers of forward mortgages take on an initial loan amount (balance) that decreases over time as they make required payments—because homeowners will accumulate a loan balance as they draw down against a pre-determined level of equity.

Generally, reverse mortgage loan contracts allow homeowners to convert equity into cash installments with loan payments occurring when a homeowner terminates the loan—usually triggered with the sale of a home, or the death of a borrower—and uses the proceeds of a home sale to pay off the accumulated loan balance.

Additionally, borrowers of reverse mortgages, at least those taking on such loans in the home equity conversion mortgage program, usually only have to make payments on property taxes, insurance premiums, and any general maintenance costs in order to stay “current” on the loan.

Hence, unless there is failure to stay current on these payments, the Department of Housing and Urban Development will not consider a home equity conversion mortgage borrower delinquent.

Yet, even though borrowers of these loans only have to make debt repayment when the mortgage contract terminates, there is a surprisingly high default rate on these reverse mortgages.

In fact, the default rate in the home equity conversion mortgage program, according to recent estimates by academic economists, is approximately 13 percent. By comparison, default rates for home equity mortgages, even for those vintage loans originated during the last housing market bubble, remain below 10 percent.

Moreover, according to an official actuarial review of the home equity conversion mortgage program, federal taxpayers could face growing economic losses in the insurance program over the next several years.

Indeed, the most recent official actuarial review of the program suggests that taxpayers cover approximately $111 billion in insurance—an insurance portfolio that shows a negative economic value of $7 billion as of 2016.

By subsidizing these home equity conversion mortgage loans, the federal government is thus absorbing even more financial risk, narrowing the incentives for other financially viable means of drawing down home equity, and benefitting those financial institutions privileged to lend these products.

Overall, American homeowners deserve to have more options in reverse mortgages than the limited set engineered by federal bureaucrats, and taxpayers should not have to cover the costs of the Department of Housing and Urban Development’s financially insolvent loan program.