New Analysis: Obamacare Regulations Drove Up Premium Costs by Up to 68% 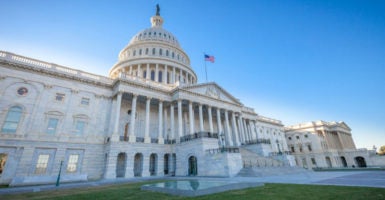 The current GOP health bill fails to roll back the Title I regulations in Obamacare, which are primarily responsible for driving up the cost of insurance premiums. (Photo: iStock Photos)

Until recently, the House was scheduled to vote on the American Health Care Act, the GOP leadership’s proposal to repeal and replace parts of Obamacare. That vote has been called off.

While the American Health Care Act would have repealed some Obamacare regulations, the bill does not go far enough.

Obamacare caused premiums to rise for various reasons, chief among them being the vast new regulations the law imposed on insurance markets. A new analysis from Milliman backs this up. The study provided estimates of the average impact that various Obamacare regulations had on premiums. These estimates are reflected in the chart below. 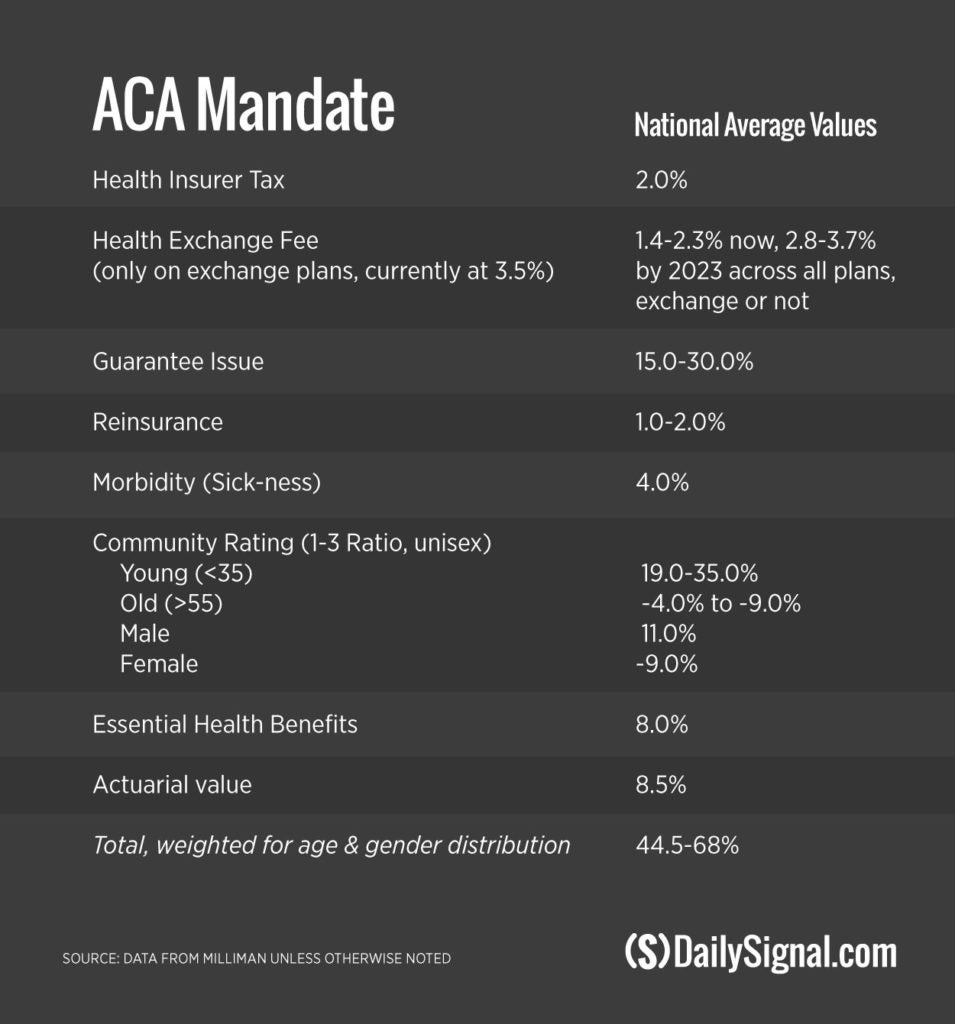 Most of these averages vary state by state, depending on demographic differences.

Take the example of Oregon. While reinsurance may have driven up rates nationally, in Oregon they initially reduced premium rates by 8 percent, followed by a decreasing impact from then on, lowering rates by 2 percent.

Changes in morbidity (or the sickness of the population) due to newly uninsured by itself caused 4 percent increases in premiums nationally, but in Ohio it raised premiums by 35-40 percent.

Age is also a factor in premium prices, and Obamacare disrupted the natural order by dictating the age banding, which disproportionately harmed young people. (Age banding here refers to how much the most expensive plans can be in comparison to the cheapest.)

Before Obamacare, the national rate of age banding was 1-to-5. In other words, the most expensive plan was five times more costly than the cheapest plan, with expense increasing with age.

Obamacare mandated that the rate be set at 1-to-3, so that the most expensive plan could be no more than three times as expensive. While elderly people’s premiums might have seen fewer increases—which is both due to banding and the fact that Obamacare is close to a death spiral—young people have suffered.

Overall, young people can expect to have rate increases between 58.9 percent and 91.8 percent using national averages. However, not every state had a 1-to-5 age band.

In places like Ohio, the effects are far worse—it had a 1-to-6 age band. Even accounting for the differences in its population from the national average, young people in Ohio can still expect to pay an average of 7.7 percent more on top of other increases.

In addition to this “youth tax,” mandates like the “essential health benefits” and actuarial requirements further punish all Americans with benefits that they don’t need, at prices they can’t afford. While in places like Maryland these mandates might only contribute 8 to 10 percent to premium increases, nationally they raise premiums by an average of 16.5 percent, up to 32 percent.

Overall, accounting for gender, age, and the relative proportions of all those groups, Americans are paying 44.5 to 68 percent more in premiums owing just to Title I regulations. That number is even higher when factoring all the other adverse effects of Obamacare.

Obamacare’s Title I regulations bid up the price of premiums drastically for many Americans. While the current House bill begins to repeal Obamacare, it does not go far enough, as many of the most damaging regulations are left in place.

Alleviating this pain should be strongly considered at every step of the process.

Note: This piece was updated in light of current events.