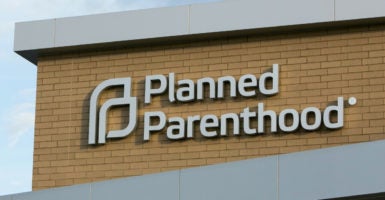 The data cited in a York Times article fail to prove that American women will have less access to care under the Republican plan to redirect funds from Planned Parenthood to community health centers. (Photo: Kris Tripplaar/Sipa USA/Newscom)

The piece is little more than a recycling of old, problematic studies conducted by a partisan research group, combined with both anecdotal and selective evidence drawn from interviews and media reports.

The article also completely ignores the benefits women will receive from the infusion of new funds into community health providers. Such health providers can address a wide range of women’s health needs without subjecting women to Planned Parenthood’s abortion agenda.

First, the Times discusses a “study” produced last year by the Texas Policy Evaluation Project—nicknamed TxPep—which found that reallocating funds away from Planned Parenthood led to an increase in Medicaid births and costs in the Lone Star State.

But as Charlotte Lozier Institute scholar Michael New has pointed out, the TxPep study did not address whether total Medicaid births went up in Texas after the reallocation of funds.

Instead, the analysis only addressed the number of births within a subset of women receiving injectable contraceptives from Planned Parenthood. Nor did the study address changes in the rate of unintended pregnancies or abortions that might have occurred because Planned Parenthood was no longer the beneficiary of state funding.

TxPep is not exactly a neutral voice on this matter. The group’s sole funder is the mammoth Susan Thompson Buffett Foundation, an entity that ranks among the top givers to public health research in the United States.

The foundation, which receives hundreds of millions of dollars from renowned entrepreneur Warren Buffett, puts a major focus on providing abortion and supporting population control worldwide.

TxPep has engaged in a variety of other dubious studies, including a thoroughly debunked one that purported to show a wave of self-induced abortions after passage of the Texas law at issue in the Supreme Court case Whole Women’s Health v. Hellerstedt.

The TxPep report was based on an online survey of 800 women ages 18-49 who were asked whether they, or their best friend, had ever attempted to self-abort (without the aid of a doctor).

In a major weakness, the survey did not ask whether any of these events had occurred after the Texas clinic standards law, H.B. 2, was adopted. The study afforded, as New wrote, no “credible evidence” for the assertions made on the study’s behalf by several media sources.

A completely different set of forces and concerns is at play in the Congressional Budget Office scoring of the Republican plan to end Medicaid funding for Planned Parenthood in the current budget reconciliation bill.

The CBO made, by its own admission, a “highly uncertain” calculation that 15 percent of a subgroup of women attending Planned Parenthood clinics would experience coverage disruptions after defunding.

Because of this disruption, which prior CBO calculations estimated would take several years to fully resolve, “several thousand” more babies would be born to women on Medicaid, leading to $21 million in added Medicaid spending in the first year.

The CBO operates within an array of strictures in analyses like these. Most important of all, it operates within the confines of the measure it has been asked to score, and it is focused only on fiscal issues relevant to scoring each provision of that measure.

While the potential for additional Medicaid costs of several thousand births can be estimated, the savings that might accrue to Medicaid as a result of an additional $422 million allocated by the bill to community health centers is beyond the CBO’s scope.

Scholarly estimates of the savings community health centers generate in other demands on the health care system, because of fewer emergency room visits, fewer and shorter hospital stays, and averted illnesses, average at least $1,000 per client per year.

If the CBO’s assumption that there would be increased births is accurate, savings of this kind could offset the projected cost to Medicaid from additional births.

The CBO may not take this big picture into account, but Congress can and should. The bottom line is, does a policy of funding community center-based, integrated women’s health care—inclusive of family planning—better support women and the long-term federal budget than pouring new funds into Planned Parenthood’s increasingly abortion-driven centers?

Here, data from the last half-decade or more is especially significant.

Government funding of Planned Parenthood, predominantly federal but including some state funds, increased by $66.3 million between 2009 and 2015, according to a review of its annual reports.

In that same period, Planned Parenthood’s overall reversible contraception client population declined significantly, while its annual abortion total basically held constant at 324,000 (against a backdrop of sharply declining abortions nationwide). This declining female client base for Planned Parenthood preceded the current funding debates, and it is real—not a CBO estimate.

At least one authority (a Planned Parenthood official) believes that more women now have options under the Affordable Care Act to take their coverage and use it elsewhere, i.e., places that offer more services than Planned Parenthood.

All the more reason to ensure that women retain and have even more of those options—including the choice of visiting community health centers, “doc-in-a-box” clinics, drugstore clinics, pregnancy help centers, and more.

One final point. The New York Times report dwells at some length on how women in areas without a designated federally qualified health center, but with a Planned Parenthood clinic nearby, will suffer.

That issue deserves separate attention from Congress if in fact primary care is hard to access for these women—if for no other reason than that if such access is now lacking, Planned Parenthood does not fill the need.

Outside the reconciliation process, Congress can and should look at the location of new community health centers, potentially augmenting existing transportation funds for the centers, and expansion of mobile clinics that bring providers closer to where those in need live.

The last thing Congress should do is restore funding to Planned Parenthood, a company that performs hundreds of thousands of abortions each year, up to 24 weeks’ gestation, without notice to parents, and harvests baby body parts for what can only be called prenatal human trafficking.