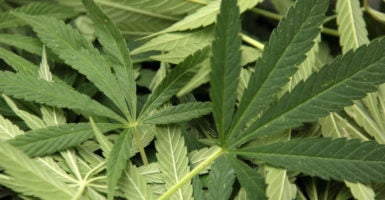 Eight U.S. states have legalized the use of recreational marijuana, despite federal law that prohibits it. (Photo: iStock Photos)

On Thursday last week, White House press secretary Sean Spicer said he “believe[s] that we will see greater enforcement” of the federal laws against recreational marijuana.

Scientists agree that marijuana is a dangerous drug, and no major national medical organization advocates legalization. Whether you agree with that or not, marijuana remains illegal for good reason.

Thorough scientific reviews by President Barack Obama’s Food and Drug Administration and Drug Enforcement Administration—as well as drug classification reviews by federal judges—have affirmed that marijuana should remain a Schedule 1 drug. Such drugs are defined as having “no currently accepted medical use and a high potential for abuse.”

As I have written here and here, the predictable consequences of marijuana legalization are beginning to emerge in states like Colorado and Washington.

Annual reports from the Rocky Mountain High Intensity Drug Trafficking Area, Smart Approaches to Marijuana, and the Colorado Department of Public Safety have analyzed the negative impact that marijuana legalization has had on health and public safety in Colorado.

With such research finally emerging, the Trump administration and the Department of Justice are in a strong position to enforce federal law and take appropriate and aggressive action in crafting a commonsense drug enforcement policy for marijuana.

The Trump administration should consider the following actions:

None of these recommendations advocate criminal prosecution for simple possession of marijuana. Enforcing federal marijuana laws should not be about putting people in jail. In fact, that is not the current state of federal marijuana enforcement.

As Kevin Sabet writes in his book “Reefer Sanity: Seven Great Myths About Marijuana,” according to the Justice Department’s Bureau of Justice Statistics,

Thus, it has not been the case and should not be the case that people are criminally prosecuted and jailed for simple possession of small quantities of marijuana.

However, the recommendations listed above provide a targeted approach to marijuana enforcement that focuses on protection, not punishment. These recommendations should be part of any commonsense approach that is consistent with an interest in public health and safety.