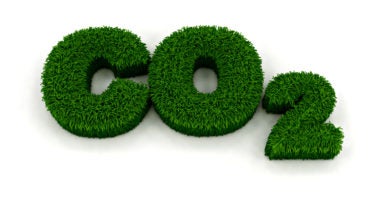 “Atmospheric CO2 is not a pollutant, it is in fact the very elixir of life,” CO2 Coalition adviser Craig Idso says of the climate change debate at the Conservative Political Action Conference, or CPAC. (Photo: Jesper Klausen/Science Photo Library/Newscom)

Forget everything government officials, many media outlets, and “activist scientists” have warned about the damaging effects of carbon dioxide, because in reality there’s no cause for alarm, a group called the CO2 Coalition urges.

Scientists, engineers, and policy analysts who are part of the nonprofit organization turned out in force Friday at the Conservative Political Action Conference, or CPAC, outside Washington.

“Atmospheric CO2 is not a pollutant, it is in fact the very elixir of life,” Craig Idso, a science adviser to the CO2 Coalition, said during a panel discussion at CPAC exploring the benefits attached to higher levels of carbon dioxide in the atmosphere.

The CO2 Coalition, founded in 2015, describes its mission as “educating thought leaders, policymakers, and the public about the important contribution made by carbon dioxide to our lives and the economy.”

Contrary to what “activist scientists,” political figures, and media outlets have told the pubic, Idso told CPAC attendees, higher levels of carbon dioxide actually will work to the advantage of future generations.

“Adding CO2 to the atmosphere enhances plant water use efficiency,” he said.

Increased levels of carbon dioxide could boost plant growth and make plants more resistant to droughts, he said. This could lead to increased food production, which in turn could offset projected food shortages.

Idso, who has advanced degrees in geography and agronomy, is founder and chairman of the Center for the Study of Carbon Dioxide and Global Change, a nonprofit based in Arizona. Adherents of man-made, catastrophic climate change consider him a “denier.”

“Unfortunately, the government mindset has viewed CO2 as a pollutant,” Idso said.

Joining him for the CPAC panel discussion was CO2 Coalition member Kathleen Hartnett White, a senior fellow and director of the Armstrong Center for Energy and Environment at the Texas Public Policy Foundation.

“No, carbon dioxide is not a pollutant and fossil fuels are not the agents of death,” Hartnett White said.

The good news, she said, is that real progress has been made in combating genuine pollutants such as carbon monoxide, sulfur dioxide, and other pollutants identified in the Clean Air Act.

“Getting the lead out of gasoline was a big factor,” Hartnett White said. “There are doomslayers and doomsayers, and the doomslayers will always win.”

Hartnett White, a member of President Donald Trump’s economic advisory team during his campaign, also is labeled a climate change “denier” by some environmental activists.

During a Q&A session, James Delingpole, executive editor of the London branch of Breitbart News Network, asked Idso why environmental activists have made such an effort to “demonize CO2.”

If you’re a scientist, you must publish to support yourself and your family. And if you’re out there saying global warming is not a problem, you are not going to get a research grant. If you’re a politician, you know that if you can control carbon, you can control life.