Why Trump’s Call to Investigate Vote Fraud Is Valid 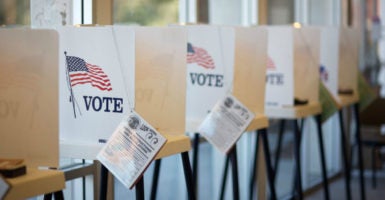 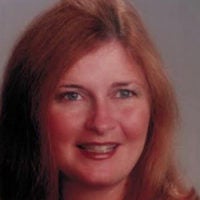 Joanne W. Young is a lawyer and member of the Board of Directors of the Lawyers Democracy Fund. She is the managing partner of the Washington-based firm Kirstein & Young PLLC.

President Donald Trump recently called for an investigation into vote fraud. His press secretary Sean Spicer added: “This isn’t just about the 2016 election. This is about the integrity of our voting system.”

And there is a problem: Liberal activists have all too often rejected and fought against bipartisan efforts to fix these critical problems.

In 2014, President Barack Obama’s bipartisan Presidential Commission on Election Administration called for voter list maintenance to improve the voter registration rolls. Yet liberals have regularly fought against efforts to clean up voter rolls.

The irony was that at the same time Obama’s lawyer, Bob Bauer, was leading the bipartisan commission, his own firm was suing the state of Virginia, calling the efforts to clean up voter rolls racist and purging.

It goes further. Obama nominated Myrna Perez to be on the Election Assistance Commission. Perez was an adamant opponent of voter list maintenance, declaring such efforts “purging.”

This is why it’s tough to even talk about vote fraud. Any efforts, even those with bipartisan support, are bitterly opposed by liberal activists.

Aside from the incendiary rhetoric, there are real challenges to maintaining clean voter registration rolls that liberals and conservatives need to work together to overcome.

Underfunded and understaffed state election offices do not have the resources to review voter registration records and remove dead people and other ineligible voters. States do not share information to identify double registrations and potential double voting.

Lists of noncitizens excused from jury duty are not shared with secretaries of state to be removed from voter registration rolls. Significant advances are being made in this area through the use of technology, but much remains to be done. Bipartisan cooperation, not political bickering, is needed.

There may be no better example than the requirement for a photo ID. Voter ID is overwhelmingly supported by the public. A 2016 Gallup poll last August found that 80 percent of Americans, including 63 percent of Democrats, support the requirement that a person show a photo ID at the polls before voting.

A primary recommendation of the 2005 bipartisan Commission on Federal Election Reform (the “Carter-Baker Commission”) was to require voter ID. This commission was led by Jimmy Carter, former president and noted liberal, and James Baker, secretary of state under President George H.W. Bush.

Yet, liberals oppose any efforts to enact commonsense voter ID laws, opposing them in legislatures and in the courts. Voter ID laws, which protect the integrity of the vote and thus our democracy for all citizens, are called racist and mechanisms of voter suppression.

Liberals often make ludicrous, unsubstantiated claims about voter ID, such as claiming hundreds of thousands of voters would be disenfranchised by voter ID—claims that even sympathetic liberals and courts question as based on faulty statistics and methods.

Liberal activists unfortunately show by their actions they do not want to fix our electoral system despite strong public, bipartisan support for things like voter list maintenance and photo ID requirements.

Instead of accepting and supporting reforms that have public support, liberals open the door to more fraud by championing changes to the process like mandatory voter registration, all mail-in voting, same-day registration, no-excuse absentee voting, and not requiring proof of citizenship for voter registration.

These changes have not been shown to improve voter participation, engagement, or turnout, but instead strain local election resources and present more opportunities for ineligible people to register and cast fraudulent ballots.

Take the example of New Hampshire.

Democrat New Hampshire Secretary of State William Gardner supports a 30-day residency requirement to stop fraudulent, as he calls it, “drive-by voting,” in which people from out of state come to New Hampshire for a short period to vote on Election Day.

One can only wonder how out-of-state voters affected the close 2016 presidential and senatorial election in New Hampshire, where Hassan defeated Sen. Kelly Ayotte by approximately 700 votes.

Significantly, data from the state election results published regarding the 2012 and 2014 general elections by the New Hampshire secretary of state demonstrate the margin of victory for the winning candidate in the races for governor, Senate, and president was less than the number of votes cast on Election Day by same-day registrants.

A few votes from out-of-state voters can literally change the winner of a race.

This begs the question: What are liberals trying to hide? Why not support Trump’s call for an investigation into vote fraud? Is it because they are concerned what would happen if they helped pass laws to protect the integrity of our elections?

It’s time to stop playing politics with election administration and start working together to fix our electoral system, which in turn protects our democracy and our republic.