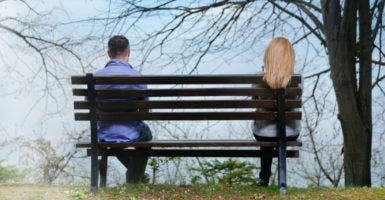 In most countries, even the most educated cohabiting parents have a far higher break-up rate than the lowest-educated married couples. (Photo: iStock Photos)

Children born to unmarried, cohabiting parents—both in the United States and across Europe—are nearly twice as likely to see their parents split up, compared to children born to married parents.

A new study from the Institute for Family Studies and Social Trends Institute examines family stability among cohabiting and married-parent families from numerous countries across the world. The findings provide evidence against some common myths about cohabitation and children’s family stability.

The authors note, “In the overwhelming majority of countries, the most educated cohabiting parents still have a far higher rate of break-up than the lowest educated married couples.”

A second common argument is that cohabitation becomes more stable (begins to look more like marriage) as it becomes more common in a society.

However, the findings did not support this notion. As the share of children born to cohabiting couples increased in a country, family instability also increased.

Laurie DeRose, one of the authors of the study, explains:

We find no evidence in this report to support the idea that as births to cohabiting parents become more common, as they have in the United States, marriage and cohabitation resemble each other in terms of stability for children. On average, marriage is associated with more family stability for children across the globe—even in countries where it is in retreat.

A 2011 report from the Institute for American Values calls “the rise of cohabiting households with children … the largest unrecognized threat to the quality and stability of children’s family lives.”

Research shows that children in cohabiting households are more likely to be physically, sexually, and emotionally abused, and to be aggressive or display delinquent behaviors (such as substance abuse or committing property crime). They are also more likely to experience poverty and have poorer health.

Family stability matters for children, and marriage matters for family stability. Restoring a culture of marriage, particularly in communities where it has experienced the most breakdown, is thus crucial to improving children’s well-being.

To begin, policymakers should work to reduce marriage penalties, which are rife throughout the government means-tested welfare system. Beyond eliminating barriers to marriage, leaders at every level should take steps to strengthen marriage in their communities.