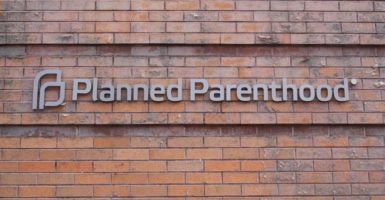 The American taxpayer is on the hook to provide money to the nation’s largest abortion provider, so it’s important that we have the necessary information to evaluate its practices.

Planned Parenthood releases a report each year highlighting the abortion giant’s medical service data, revenue and expenses, and advocacy and educational activity. The annual reports are typically published in December or January. The most recent report available addresses 2014-2015 and was released in December 2015.

Based on the timing of past reports, the 2015-2016 annual report was expected to be available sometime in December 2016 or January 2017. As of today, the report is nowhere to be found.

Why has Planned Parenthood not released its highly anticipated annual report? When will the organization make available the data for 2015-2016? Requests from The Daily Signal to Planned Parenthood’s press team have gone unanswered.

Why the Report Matters

The Planned Parenthood annual report provides Americans—whether they are pro-life or pro-choice—with important information about abortion incidence and other services provided by the nonprofit organization, which receives over half a billion dollars from taxpayers each year.

In other words, the Planned Parenthood annual report provides important data and context to policymakers as they debate whether or not the abortion provider should continue receiving taxpayer funding.

We’re over a week into February and Planned Parenthood isn’t giving a reason for the most recent report’s delay—or saying if there will be a report at all. In the meantime, Americans do not have access to the most recent, updated information as the debate about tax dollars entangled with the abortion industry continues on Capitol Hill.