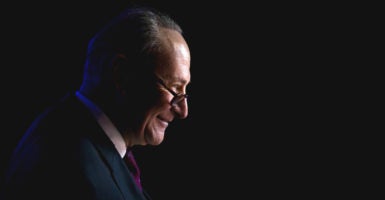 Sen. Chuck Schumer, D-N.Y., once applauded a president's public criticism of Supreme Court justices while they were sitting directly in front of him. (Photo: Beowulf Sheehan/ZUMA Press/Newscom ) 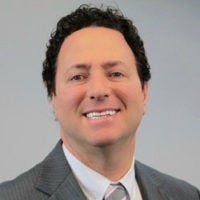 Now, key Senate Democrats are threatening to use the remark against Judge Neil Gorsuch, Trump’s nominee for the Supreme Court.

Senate Minority Leader Chuck Schumer, D-N.Y., wants to use Trump’s remark to raise the bar “even higher” for Gorsuch’s confirmation. Both Schumer and Sen. Patrick Leahy, D-Vt., now promise to question Gorsuch’s “ability to be an independent check” on the executive branch.

Seemingly unaware of the obvious hypocrisy, Schumer, Leahy, and other Democrats are accusing Trump of questioning Robart’s legitimacy while doing the same to Gorsuch, a U.S. court of appeal judge.

These Democrats also seem to have forgotten that they cheered President Barack Obama’s attempt to bully the Supreme Court during his 2010 State of the Union address, when he denounced and falsely characterized the court’s Citizens United decision while the justices sat yards away.

Chief Justice John Roberts said he found Obama’s intimidation “very troubling.” Yet it was Schumer, sitting directly behind the justices in the House chamber, who rose with his Democrat colleagues to vigorously applauded Obama’s remarks.

Senate Republicans did not threaten to raise the bar for Justice Elena Kagan, when Obama nominated her to the Supreme Court just months after his controversial State of the Union address.

Republicans could have argued that Obama’s unprecedented criticism of the justices cast doubt on Kagan’s independence and made her confirmation more problematic. But they didn’t.

Senate Democrats would be well advised to follow this example by focusing on Gorsuch’s record and qualifications, rather than using the process to express their unhappiness with Trump.