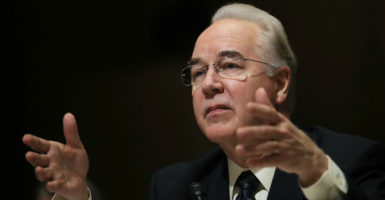 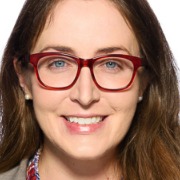 On Tuesday, the Senate Finance Committee completed a confirmation hearing for Rep. Tom Price, R-Ga., to become America’s next secretary of health and human services.

In the course of that ordeal, Price reaffirmed his commitment to restoring the doctor-patient relationship in health care.

Sen. Orrin Hatch, R-Utah, praised Price for his “impeccable reputation in medicine and in Congress.” Indeed, Price is a rare breed of public servant who combines rich professional experience with a profound grasp of health policy, a complex and difficult field.

As with the first Senate hearing, this second hearing revealed stark philosophical differences between Senate Democrats and Republicans on health policy.

Price’s testimony came fast on the heels of President Donald Trump’s major executive order—a grant of administrative authority to federal agencies that will begin to pare back and rework Obamacare’s costly regulations.

Sen. Ron Wyden, D-Ore., zeroed in on the executive order, saying Americans will be worse off and that insurers fear its impact.

Sen. Pat Roberts, R-Kan., said it best: “Even if Congress and the incoming administration were to do nothing, absolutely nothing, amending or repealing parts of the Affordable Care Act, the law is not working.”

While the law was supposed to enhance insurance market competition, 70 percent of U.S. counties have only one or two insurers on Obamacare exchanges. Among other glaring failures, premiums and deductibles in the individual and small group markets are skyrocketing.

Price is a longtime champion of defined contribution financing, a design in which the government makes direct payments to competing plans, including Medicare, on behalf of beneficiaries. Given this, it was inevitable that Price would receive pointed questions on Medicare reform.

Sen. Tammy Baldwin, D-Wis., announced her decision to vote against Price because he backed legislation that “would end Medicare as we know it and increase costs for seniors.”

In every similar Medicare reform, traditional Medicare would be a guaranteed option for seniors. Analysis of the Congressional Budget Office projections of different versions of this reform indicates that it could result in major savings for seniors and taxpayers alike.

Sen. Robert Menendez, D-N.J., insisted, “Your answer doesn’t assuage me that in fact you are committed to Medicare as we know it today in terms of the guarantee.” The Medicare guarantee is, of course, a guarantee to the Medicare benefits and services provided under traditional Medicare Parts A and B.

In virtually every major proposal to allow Medicare defined contributions—from the Breaux-Thomas proposal in the 1990s to the Wyden-Ryan proposal outlined six years ago—the government contribution would be based on competitive bidding among both private health plans and traditional Medicare to provide the traditional Medicare benefits in Parts A and B, plus protection from the costs of catastrophic illness.

In other words, the guarantee of Medicare is at the very foundation of the defined contribution proposal. It is the basic benefit floor for coverage and care for Medicare patients.

In 2016, 94 percent of private plans in the Medicare Advantage program actually bid below the cost of providing traditional Medicare.

What I believe in is a Medicaid system that’s responsive to the patients and provides the highest quality care possible. And I would respectfully suggest to you that that’s not the quality system that we currently have.

Alternatively, Medicaid patients should be mainstreamed into the private insurance markets, where they would get the same access to the better care enjoyed by their fellow citizens. Access to good health insurance and quality care, as Price persistently pointed out, can be a great equalizer.

Price also reminded the Senators that when it comes to Medicaid, and health care generally, Washington is often measuring the wrong thing—the amount of money taxpayers spend—when policymakers should be measuring real outcomes, such as medical care, insurance coverage, and the ability to see a doctor.

The closer decisions are left to patients, Price noted, the better it will be for patients.

At the close of the hearing, Hatch promised a prompt vote on Price’s nomination. If confirmed, Price will play a key role in renewing our health care system.