How to Talk About Repeal and Replace of Obamacare 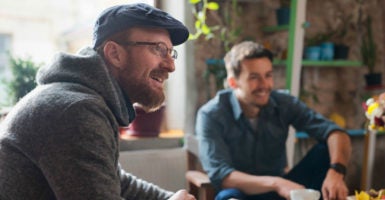 People aren't interested in numbers unless they know how those numbers affect them and their family. (Photo: iStock Photos)

Numbers are often cited as reasons one, two, and three to change an existing law or introduce a new initiative.

Numbers matter. Numbers should be used to defend whatever policy position you take. But Americans don’t care about numbers unless they know how those numbers affect them and their family.

A numbers-heavy issue on repeat in the news cycle has been (and will continue to be) the repeal and replacement of Obamacare.

In a few days, lawmakers on Capitol Hill need to turn in their legislation to officially repeal the health care law, and people are afraid. They’ve bought into the fear-mongering expertly spun up by the mainstream media, and they don’t want to hear how numbers can save them.

So, how can you bridge this gap?

Second, consider the possibility that numbers can be emotional if communicated properly. There’s no time like the present (this week!) to start.

Here’s how to talk to your neighbor/co-worker/friend about repeal and replace, convince them of its necessity, and not lose sight of the people affected.

Expressing your concern about the current state of America’s health care system and what happens if/when the law changes will go a long way to make someone want to stick around and continue the conversation.

That’s what common ground does. It lowers the defenses of the person on the other side of your conversation so you can address the actual problem.

The common ground as it relates to Obamacare is pretty easy to find: We want ALL people to have access to affordable, quality health care.

An additional piece of common ground you may want to cite is the desire to make sure those covered by Obamacare never experience a gap in their coverage.

We care about people, and health care is people-centric. Therefore, every argument you make should focus on the affected—those on Obamacare who fear losing it, those not on Obamacare who’ve experienced premium increases, etc.

If your desire is access to quality and affordable health care for all Americans, you need to prove why the current system isn’t living up to this expectation.

The Heritage Foundation laid out a few staggering statistics for 2017. A couple offensive numbers involve the high cost of deductibles:

For plans with the lowest premium costs, the so-called bronze plans, the average deductible for single coverage is $6,000 annually, while family coverage climbs to more than $12,000.

Though these numbers are shocking, you will get pushback that sounds eerily similar to the fear-mongering we hear on the news every day.

Media Myth #1: Repealing Obamacare will leave 20 million uninsured. That is a debatable (and possibly inflated) number explained more fully here. Also, those 20 million currently receive subsidies or are on Medicaid coverage. Neither of these provisions will end during or after the repeal and replace process.

The truth: The 25 million who pay out of pocket but receive no subsidies and have had premium increases year after year are more at risk of losing their coverage. For example, from 2016 to 2017, the average benchmark plan premium increase was 25 percent in that year alone.

Because this issue is emotional, the words you use carry more weight.

A great phrase to use when talking about the current health care law is: It’s “unaffordable, unworkable, and unfair.”

And one of the best claims I’ve heard so far: “While Obamacare was designed to insure the uninsured, now Obamacare costs threaten to un-insure those who are insured.”

As supporters of Obamacare like to trot out their victims, make sure you do the same. Be a voice for and defender of those negatively impacted by Obamacare, which you can do with numbers.

Turns out, there is growing public support for repeal.