What Went Wrong in US Higher Ed? Harvard Tells the Story 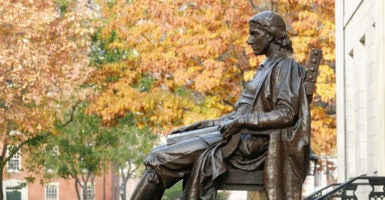 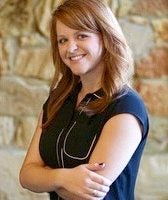 In 1636, the first college in our nation was founded for Veritas Christo et Ecclesiae (for Truth, for Christ, and for the Church). Since then, Harvard has had a profound—and sometimes profoundly bad—impact on the American system of higher learning.

With the start of a new academic semester and 381 years of history, now is a good time to consider our first college’s impact, and to see how its early focus on Veritas went awry.

Among Harvard’s first students were settlers escaping a life of religious hostility and unimaginable hardships to live a life of Christian devoutness apart from government oppression—a life of freedom. In the pamphlet “New England’s First Fruits,” printed in 1643, the school’s founders described its first purpose:

After God had carried us safe to New England, and we had built our houses, provided necessaries for our livelihood, reared convenient places for God’s worship, and settled the civil government: one of the next things we longed for, and looked after was to advance learning and to perpetuate it to posterity; dreading to leave an illiterate ministry to the churches, when our present ministers shall lie in the dust.

Harvard was not originally designed to equip students with specific skills for future employment, as it is today. Much more, it was established to teach character and equip the next generation of leaders.

Charles W. Eliot, Harvard president, said in his 1869 inaugural address, “The worthy fruit of academic culture is an open mind, trained to careful thinking … penetrated with humility. It is thus that the university in our day serves Christ and the church.”

This initial form of teaching and way of learning promoted tolerance for diverse views, freedom of one’s conscience, and personal responsibility among students.

Harvard reinforced this purpose several years later, when it formed its crest—the Harvard Arms. The crest consisted of a shield and three open books, which were bound like 17th-century Bibles.

“Veritas,” the Latin word for truth, was written across the three books. This seal signifies that man’s pursuit of knowledge is founded in the pursuit of original truth, symbolizing the need for God’s revelation and the limits of human reason.

But there was also an important difference between the books on the crest: While two of them faced outward, their pages visible, one was turned over, its contents hidden.

There were a few reasons for this variation. One was to remind students that no matter how intelligent man may be and no matter how much knowledge one may attain, it would never amount to the omniscience of God. Some knowledge would always be closed to us.

The founders of Harvard knew it was necessary for men to learn the nature of God, but they were humble enough to understand that human knowledge will never match the knowledge of a greater Being.

Another reason for leaving the third book turned over was to encourage students to be, in the words of Harvard graduate and New England historian Robert C. Winthrop, “careful to look at both sides” of any question or thought.

This way of learning is foundational for human learning—having the ability to know what it is you believe, why it is you believe it, and being able to hold and defend a worldview. In a word, knowing Veritas.

Our education system today could use more parents, teachers, and professors equipping students with such a worldview.

The American education system was established on the basis of objective truth—what was once called “capital T Truth.” But that firm grasp of objective truth has been replaced with moral relativism, and specifically, with secular humanism.

As more colleges and universities were established in the 18th century, schools began to adopt new secular humanist ideas. The purpose and meaning of learning has changed from what it was in 1636 to a system that assumes the truth of secular humanism instead.

Today, American universities, particularly Harvard and its sister Ivy League universities, have relinquished their role as mentors for students.

For example, in 2013, nearly an entire government class at Harvard was caught cheating, and the professor and teaching assistant were partly to blame for the scandal. In 2015, a student at Yale University was called a “bigot” and pressured by peers to leave campus because of her conservative beliefs. In Florida, a humanities professor punished a student by giving her “zero” grades on assignments for refusing to agree with his humanist bias.

This antagonism toward diverse opinions is not just seen in universities, but also in the federal government. Last year, colleges and universities receiving Title IX religious accommodation were publicly “shamed” by the Department of Education for not being willing to accommodate to policies that went against their religious beliefs.

During the 2015 Obergefell v. Hodges oral argument, the United States solicitor general conceded that religious colleges opposing the new law on religious grounds would struggle to keep their tax-exempt status.

It seems that not only religion but also tolerance has evaporated from most colleges and universities, with the exception of some religious colleges, of which few remain.

When students are told by professors what they can and cannot believe, there is no room for authentic diversity. The purpose of moral teaching is not to force students to believe in God or to identify with a particular faith or religion. As Eliot said, “The very word ‘education’ is a standing protest against dogmatic teaching.”

When tolerance and freedom of thought are removed from the classroom, students stop learning the principles that were once the priorities of universities.

Students become less aware of the world around them, less willing to serve others, and less courageous. Yet these students are supposed to be the next generation of leaders.

The secularization of Harvard has meant turning over the third book of the crest and replacing the God of “Veritas” with the god of secular humanism. That change has echoed throughout much of the academy.

Consequently, as God has been pushed out of human learning, hostility toward religious freedom in academia has increased dramatically.

Contrary to what universities preach about tolerance and diversity, they have become a hostile place for those who are committed to finding truth—something Harvard was originally founded for.

What is needed most in today’s cultural climate is young minds searching for truth, and educators willing to help them find it.