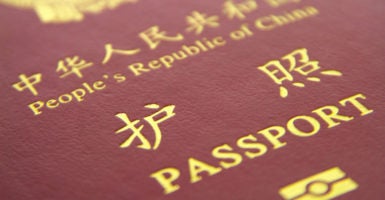 Tensions between Xinjiang and Beijing originally escalated when the Communist Party orchestrated a migration of ethnic Han Chinese to the Xinjiang region between the 1950s and 1970s. (Photo: iStock Photos)

Soo Jin Hwang is a visiting fellow in the Asian Studies Center at The Heritage Foundation.

Recent developments in western China have brought to light human rights concerns that should have the United States’ attention.

On Oct. 20, the Shihezi Public Security Bureau Immigration Office issued a statement citing orders from higher-ranking authorities that all residents of Xinjiang province should turn in their passports to public security authorities for “annual review.”

Submitted passports are held for “safekeeping” after the review so that those who want to get them back have to get approval to travel. Authorities in the region also require residents to provide DNA samples and other biometric data along with their application for a travel permit.

The Chinese government’s new policy of recalling passports started in May 2015 as part of a nationwide crackdown on “terrorism,” which had begun in 2014.

The aim of this policy, which is used to restrict and monitor the mobility of Xinjiang residents, is to prevent the Uighur Muslim minority group of Turkish descent living in China from traveling to the Middle East for training in jihad.

But Human Rights Watch has blistered this passport policy in Xinjiang for “arbitrarily” restricting the freedom of movement. It is something that the U.S. government should likewise raise as a concern with Chinese officials.

In the last decade, there have been several attacks in China that national authorities attribute to the Uighurs. The Chinese Communist Party considers Uighurs part of the global radical Islamist threat.

However, there have long been suspicions that the Communist Party is justifying its tight regulation of Uighur Muslims by claiming it is a component of the global “war on terror.”

There were possibilities of convincing Beijing that less severe policies would have provoked less desperation and violence in the region. But the announcement of the global war on terror may have given Chinese leaders cover in taking a tougher stand and violating the human rights of Uighurs.

From Beijing’s perspective, Uighur Muslims are an ethno-nationalist threat to the Chinese state. Located in the farthest northwest corner of China, Xinjiang is the only Chinese province with a Muslim majority.

In Beijing’s view, Xinjiang represents a similar political concern to Taiwan and Tibet. Demands for separation are a hazard to Beijing that threatens the territorial integrity of China and the rule of the Communist Party.

In addition, the region’s economic importance seems to be a significant motivating factor behind China’s behavior.

According to the Financial Times, Xinjiang holds China’s “largest natural gas reserves, 40 percent of its coal, and 22 percent of its oil.” Furthermore, it opens the way to energy deposits in Central Asia and a “keystone in President Xi Jinping’s new Silk Road project.”

Therefore, Beijing sees it as crucial for Beijing to suppress the unrest in Xinjiang and hinder its attempts to gain autonomy.

Tension between Xinjiang and Beijing originally escalated when the Chinese Communist Party orchestrated a migration of ethnic Han Chinese to the Xinjiang region between the 1950s and 1970s.

Even though Xinjiang is one of the two administrative regions in China where ethnic Chinese still constitute a minority (the other is Tibet), the local Uighur fear being overrun culturally, economically, and politically by ethnic Chinese.

Government policy toward the Uighur placed an emphasis on ideological indoctrination and a security crackdown on the so-called “three evil forces” of ethnic separatism, religious extremism, and violent terrorism.

Human Rights Watch as well as Human Rights in China (a Chinese advocacy group) were critical of this approach, saying that regardless of motives, such policies towards Uighurs contain human rights violations in denying them their religious freedom, and by extension, freedom of association, assembly, and expression.

The passport recall policy is part of this crackdown. A policy of withdrawing passports held by Uighurs went into effect in Xinjiang as early as 2006. The restrictions were then reduced for a while until they were ramped up again in 2015.

Such policies are endangering and violating the human rights of ordinary citizens in Xinjiang. They are a violation of both Chinese and international law.

The state has no legal ground for withholding legally-issued travel documents from its own citizens if they have not committed a criminal or civil offense.

The U.S. would do well to affirm the rights of people in Xinjiang.