Obamacare May Soon Be Over. Here’s What Americans Have Thought of the Law Since 2010. 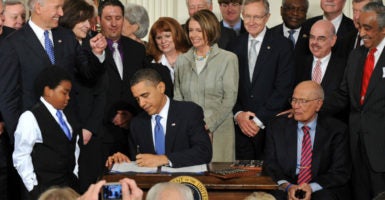 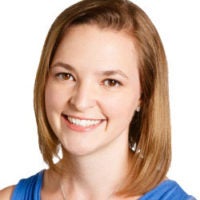 In the midst of open enrollment for Obamacare, there is plenty of bad news for health law supporters, from skyrocketing premium rates to diminished insurer participation. Public opinion remains steadily opposed to the law.

While some tracking polls try to highlight satisfaction with individual components of the law, Obamacare as a whole has largely been unpopular.

After a fluid first few months in 2009 as the plan got underway in Congress, public opinion of Obamacare settled into a consistent trend in early 2010, with opposition outweighing support—often by a sizable margin.

Gallup’s tracking, for instance, shows that since the law took effect in 2013, a majority of Americans have consistently disapproved of it, ranging from a low of 48 percent in July 2015—just after the Supreme Court’s ruling upholding the law’s federal subsidies—to a high of 56 percent.

Gallup shows disapproval averaging at 51.4 percent for this time period, an average of nine points higher than the law’s average approval rating of 42.6 percent. In the world of political polling, inconsistency among polls is an occasional hazard to be grappled with, but not in the case of Obamacare polling. Pew Research Center’s tracking of the law’s approval ratings tells a remarkably similar story to Gallup’s.

Disapproval averages at 49.5 percent since 2013, and approval comes in at 42.3 percent, an average of seven points lower.

Disapproval soars around the time of the botched rollout late in 2013, and dips after the Supreme Court ruling that upheld a key component of the law in July 2015. Disapproval rebounded in 2016 to 54 percent, while approval fell again to 44 percent, leaving a 10-point gap. Even Kaiser’s monthly tracking study, which is one of the more positive measures of the health law, shows that unfavorability usually outranked favorability at an average of 44 percent over 40.1 percent.

(One of the few exceptions was shortly before the 2012 presidential election when President Barack Obama was re-elected—the only point at which Gallup showed approval for the law rising above disapproval.)

Kaiser started monthly tracking of the law in early 2010—earlier than Gallup and with more regularity than Pew—shedding some light on the period before the law went into effect.

Before public opinion settled into consistent disapproval, there was a more fluid period in 2010. Favorability spiked in April after the Senate, lacking the 60th vote needed to end debate and pass the bill, did so with a simple majority using the process of budget reconciliation.

Approval spiked again mid-year and then in September as some of the more popular aspects of the law, including the measure protecting access to insurance for those with pre-existing conditions, began to take effect.

Yet, in October, favorability dropped down to 42 percent, where it would largely remain over the next six years.

Given the proliferation of polls on this controversial law, a few news aggregation sites have produced tracking averages based on multiple poll sources. Moreover, all of the trend lines show that the gap between disapproval and approval is gradually widening—that in fact, a law that has never received popular support is actually growing more unpopular with time.

The American people don’t like Obamacare and never have, and it’s not hard to see why. Pew and Gallup both report that year after year, more Americans say the law has had a negative effect on them and their families (31 percent and 29 percent in 2016, respectively) than a positive effect (23 percent and 18 percent).

Pew reports even worse numbers for the law’s effect on the country as a whole—44 percent believe it has been negative. In addition to soaring premium costs, Obamacare has led to rising out-of-pocket costs, shrinking networks and accessibility, and fewer options.

Given these numbers and the negative effects Obamacare has had on the system as a whole, it’s time for a new direction. Now is the time to repeal Obamacare and focus on solutions that Americans want.