Why America Is an Exceptional Nation 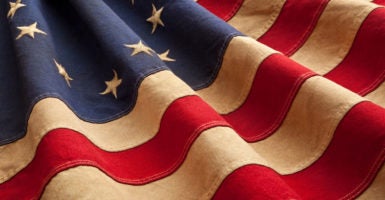 The United States has experienced an uncanny pattern of success and blessing throughout its history. (Photo: iStock Photos) 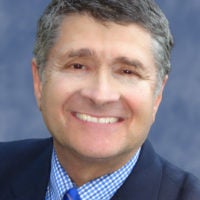 Michael Medved is a nationally syndicated radio talk show host and bestselling author. His daily three hour show reaches 300 stations across the country and an audience of more than 4 million.

If a single player wins an ongoing contest with maddening consistency, his frustrated rivals will inevitably accuse him of cheating.

Our new nation’s shockingly rapid rise to world dominance counts as so illogical, so utterly unforeseen, that many mystified observers have determined that the only rational explanation involves a shameful record of American greed, ruthlessness, and immorality.

Given recent themes in our educational system, every schoolchild has heard about national guilt for cruel treatment of Native Americans, brutal exploitation of African slaves, and imperialist interference with less fortunate societies around the world.

According to this logic, the United States’ rise to international eminence can be explained by the rapacity of our political, business, and military leadership.

The great weakness in this understanding of American success involves its lack of context. Nearly all competing powers in the last 300 years compiled histories regarding indigenous populations, slavery, and imperialism that count as far more problematic, and never more honorable, than the imperfect record of the United States.

Yet none of these other societies, however disturbing and vile their abuses of power, managed to replicate America’s triumphs for its own population or in global affairs.

In fact, some of the worst offenders in terms of slavery, exploitation, and colonialism endured the opposite trajectory achieved by the United States: for Spain, Portugal, Belgium, and the Netherlands, bloody imperialist adventures corresponded with the loss of world power status, not its attainment.

Those who reject the trendy argument that America’s unique good fortune stems from the nation’s uniquely bad behavior tend to turn to “happy accidents” as the most convenient explanation for our disproportionate blessings.

This reasoning cites the abundant resources of the North American continent, favorable patterns of immigration, the absence of contiguous rival powers, the edge provided by access to both the Atlantic and the Pacific Oceans, and a multitude of other seemingly random factors to explain the dynamism and dominance of the United States.

Without question, America’s advantages owe a great deal to coincidence and circumstance that no human being or group of people managed to arrange.

>>>Purchase Michael Medved’s book: “The American Miracle: Divine Providence in the Rise of the Republic“

But a pattern of happy accidents still constitutes a pattern—an indication of something more than chance at work.

To return to the poker analogy: If a player enjoys a particularly profitable night and wins most of the hands, it’s sensible to credit the power of good luck. Yet if the same competitor achieves similar success over a period of years and decades, the other gamblers will come to assume that some other factor has determined the consistent outcome of their games.

Could it be a matter of superior skill on the part of the winning player? When applied to the United States, this notion emphasizes the sheer brilliance and dazzling competence of some of the nation’s most conspicuous leaders.

In other words, it’s not a rigged game—there’s no need to reference divine providence—if you can cite the superior abilities of American leaders as a means to rationalize the freakishly durable winning streak of the United States.

The most common deployment of this argument makes reference to the amazing talents of the Revolutionary generation: a rustic collection of loosely connected colonies somehow produced Jefferson, Hamilton, Madison, Washington, Adams, and Franklin, who managed to work together to make miracles happen.

But doesn’t the simultaneous presence of leadership of this quality, arising at the same moment of history, in the same remote corner of the globe, constitute a miracle in its own terms?

Moreover, every one of the Founding Fathers, including those of decidedly unconventional religious faith, believed profoundly that divine providence directed their revolution.

If we accord the Founders so much insight and wisdom that we explain the nation’s rise with reference to their abilities, then why should we reject their unanimous conclusion that a higher power steered their affairs?

This excerpt was taken from Michael Medved’s book, “The American Miracle: Divine Providence in the Rise of the Republic” (Crown Forum, 2016).