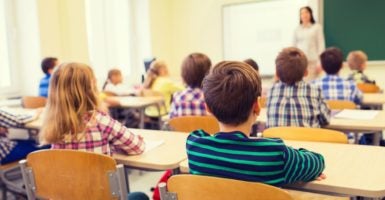 One case in point is a piece by Douglas Harris, who last Friday took to the pages of the The New York Times.

The study to which Harris was referring—a study on charter school performance in Michigan conducted by the Center for Research on Education Outcomes (CREDO)—was actually far more positive toward the Detroit charter environment than the Times piece would have one believe.

It is hardly a “disaster,” with, as Ramesh Ponnuru pointed out, some 47 percent of charter schools in Detroit significantly outperforming traditional public schools in reading.

As the conclusion of the CREDO study explains:

Based on the findings presented here, the typical student in Michigan charter schools gains more learning in a year than his TPS counterparts, amounting to about two months of additional gains in reading and math. These positive patterns are even more pronounced in Detroit, where historically student academic performance has been poor. These outcomes are consistent with the result that charter schools have significantly better results than TPS [traditional public schools] for minority students who are in poverty.

Neerav Kingsland, who writes about choice and charters, also parsed the data from the CREDO study to better understand the performance of Detroit’s charter sector compared to Denver’s.

But importantly, he writes, “given that parents in Detroit can’t enroll their children in schools in Denver, we should not decry a charter sector that is providing families better options than what they would otherwise have access to.”

In The New York Times piece, Harris goes on to reference New Orleans’ school choice system, which offers both charter school options and vouchers for private education—relevant points for Harris, since the secretary-designate is also a voucher proponent.

He references an important study by Jonathan Mills, Anna Egalite, and Patrick Wolf, published in conjunction with the School Choice Demonstration Project at the University of Arkansas and Harris’ own organization, the Education Research Alliance for New Orleans.

That study found that voucher recipients in New Orleans performed worse in mathematics after attending private schools. Harris identifies this as “exactly the opposite” of what came from the New Orleans charter reforms.

In this hyper-regulated environment, just 31 of the 84 private schools in New Orleans chose to participate in the voucher program, leaving thousands of dollars in scholarship money per student on the table.

When researchers asked why these private schools did not participate in the Louisiana Scholarship Program (LSP), the primary reason private school leaders gave was fear of future regulations. Moreover, those that did participate were already experiencing enrollment declines prior to entering the scholarship program.

As Jonathan Butcher and I noted, “the schools that chose to enroll in the LSP—and incur the litany of state regulations in the process—were those schools that were already struggling, as evidenced by declining enrollment before program entry.”

Heavy-handed government regulations, all in the name of “accountability,” are likely to blame for hindering the potential of private school choice in New Orleans.

Finally, it is worth noting that there is a general disconnect between test scores and later life outcomes. It is highly reductionistic to measure the success of charter and other schools solely on the basis of student outcomes on state assessments.

Jay Greene at the University of Arkansas identified 10 rigorous evaluations of the impact of charter and private school choice programs on later life outcomes.

… the No Excuses charter model that is currently the darling of the ed reform movement and that New York Times columnists have declared as the only type of ‘Schools that Work’ tend not to fare nearly as well in later outcomes as they do on test scores.  Meanwhile, the unfashionable private choice schools and mom-and-pop charters seem to do much better on later life outcomes than at changing test scores. I don’t highlight this pattern as proof that we should shy away from No Excuses charters. I only mention it to suggest ways in which over-relying on test scores and declaring with confidence that we know what works and what doesn’t can lead to big policy mistakes.

Context is important. Choice and charters continue to be welcome escape hatches for students across the country.

The secretary-designate has been a champion of school choice for years, and for good reason: Choice enables families to match learning options to their children’s unique learning needs, and is a far better way to allocate education funding.

Contra The New York Times, it is not the variety of school options in Detroit that has been a disaster. On the contrary, these options have been a vital lifeline for thousands of students. A monopolized, government-run school system has been the problem.

Creating new schooling alternatives that empower families and children is imperative, and a worthy cause that must not be abandoned.