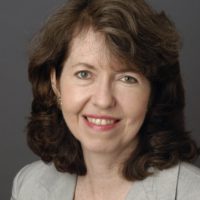 Melanie Kirkpatrick is a writer-journalist based in Connecticut and a senior fellow at the Hudson Institute. She contributes reviews and commentary to various publications, including The Wall Street Journal, for which she worked from 1980 until mid-2009.

Just about every country has a national day, a holiday when citizens stop to honor their constitution, celebrate a monarch’s birthday, recall the day their nation was liberated from colonial rule, or otherwise pay tribute to their country’s origins. The United States isn’t unique in celebrating a day of independence.

But Thanksgiving is something else. Only a few countries set aside a day of national thanksgiving. Most of these holidays trace their origins back to a time when life beat to the rhythm of the agricultural cycle.

Koreans celebrate the harvest festival of Chuseok with family gatherings and visits to their ancestral homes. Similarly, China’s Mid-Autumn or Moon Festival is a modernized version of long-ago harvest celebrations. Germany has Erntedankfest, when churches are decorated with symbols of the harvest.

The first thanksgivings in Canada were religious ceremonies celebrated by English and French explorers, but the modern Canadian Thanksgiving Day owes a debt to the American Loyalists who carried the New England custom with them when they fled to Nova Scotia at the time of the Revolutionary War.

Brazil’s Thanksgiving Day, which debuted in 1949, was the brainchild of that country’s ambassador to the United States, who admired the American holiday. These and other thanksgivings are joyous occasions, but they say little about what it means to be Korean or Chinese, German, Canadian, or Brazilian.

In contrast, the American Thanksgiving is far more than an update of an ancient harvest festival. Thanksgiving has grown up with the country. It reflects our national identity as a grateful, generous, and inclusive people.

>>>Purchase Melanie Kirkpatrick’s book: “Thanksgiving: The Holiday at the Heart of the American Experience“

When a 21st-century American takes his place at the Thanksgiving table or volunteers at a local food bank, he is part of a continuum that dates back to 1621, when the Pilgrims and the Indians shared their famous three-day feast.

As this book has recounted, the most direct influence on the development of the holiday was the religious days of thanksgiving marked in all of the American colonies. By the turn of the 18th century, the after-church Thanksgiving meal had taken on an identity of its own in New England, and the holiday emerged as a time for homecomings, feasting, and hospitality, in addition to the religious aspects.

The Pilgrims weren’t associated with Thanksgiving until the 19th century, after the establishment of the now mostly forgotten holiday of Forefathers Day and the emergence of the Pilgrims as icons of liberty and the forerunners of the Founding Fathers.

The story of how Thanksgiving became a national holiday is itself a classic American saga of how one enterprising, hardworking individual with a good idea can have an impact in an open, democratic society.

In this case, a penniless young widow—subject to all the limitations attached to such a station in life in the early 19th century—rose to become the editor of the most popular magazine of her era. Sarah Josepha Hale used her position to generate grassroots support for her campaign for a national Thanksgiving, and she petitioned the most powerful men in the land to turn her vision into a reality.

In the political realm, Thanksgiving has sparked debates about core aspects of American liberty. In 1789, George Washington’s call for a national Thanksgiving ignited controversy when some members of Congress believed that the new president was exercising a power that rightly belonged to the individual states.

Other opponents said the Thanksgiving proposal violated the guarantee of a separation of church and state found in the First Amendment, which Congress had just debated.

In the 1930s, Franklin Roosevelt’s decision to change the date of Thanksgiving set off a revolt in statehouses over presidential authority, with the result that half the country celebrated on one day and half on another.

We live in a less religious age than did the Pilgrims or Washington or Hale, but it would be a mistake to claim, as some do, that Thanksgiving is not a religious holiday. It is that rarest of religious holidays, one that all religions can, and do, celebrate.

For this, as in so many other things, the nation can thank Washington, who declared our first Thanksgiving as a nation in a proclamation that embraced people of all faiths. The Pilgrims came to our shores seeking religious freedom. On Thanksgiving Day, Americans of all faiths—and of none—can give thanks that they found it.

This excerpt was taken from Melanie Kirkpatrick’s book, “Thanksgiving: The Holiday at the Heart of the American Experience” (Encounter Books, 2016).