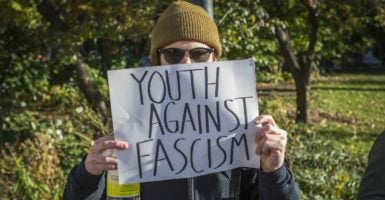 For some time, higher learning has been a political matter, one where the primary aim is to usher students into the club of elite (supposedly enlightened) progressive opinion. (Photo: Pacific Press/SIPA/Newscom) 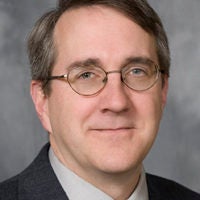 Dr. David Whalen is the provost and a professor of English at Hillsdale College in Michigan.

What are we to make of higher education when students and institutions respond to the recent presidential election with cry-ins, canceled exams, therapy dogs, Play-Doh, coloring books, group screams, Legos, bubble-blowing, and trauma counseling? Well, college “ain’t what it used to be.”

For some time, higher learning has been a political matter, one where the primary aim is to usher students into the club of elite (supposedly enlightened) progressive opinion. Gone is the formation of keen, analytical habits of mind and rational argument.

The result is not just a poorly educated student body, but an infantilized one. Mature discourse is out, and fragility, dependence, and bad temper is in.

Rather than cultivate habits of sustained and sober thought, we encourage manufactured outrage and self-indulgent victimhood. Anyone who has spent time with 2-year-olds recognizes the behavior. In our case, however, we appear to cultivate it on our campuses.

An infantilized campus is bad enough, but it becomes intolerable when these are the places where leaders of a self-governing republic are usually formed.

Regardless of party or position, a citizenry incapable of facing adversity or unwilling to reason about and discuss difficult, public things will not likely produce leaders who can do so. If college campuses steep our future leaders in habits of entitled fragility, the only politics they will be able to imagine is that of the tantrum.

Tellingly, this is exactly the kind of politics we have seen on campus, and, increasingly, off campus as well.

A darker view would regard our infantilized campuses as something more sinister than the accidental byproduct of politicized higher education. When the noise of a tantrum becomes a primary political instrument in place of reason, persuasion, and evidence, then volume, not thought, wins the day.

And volume is coercive. When 2-year-olds throw tantrums, they attempt to force matters and get their own way. A set of people taught not to reason but to huddle in safe spaces and throw the occasional tantrum is a people taught to impose their will. They have not been denied a voice; rather, they are intent upon being the only voice.

This is not to say that all post-election anxiety is necessarily irrational. But it is a lack of the aforementioned habits that makes aggression and extremism so common.

Genuine higher learning requires (among other things) time, intense application of thought, patient reflection, and maturity. Rather than an education in elite and coddled groupthink, real learning is an education in honed and sound thinking—thinking that is not victim to every fleeting passion.

This is precisely the kind of learning poet Robert Frost had in mind when he wrote, “So when at times the mob is swayed/ To carry praise or blame too far,/ We may choose something like a star/ To stay our minds on and be staid.”

If we cannot restore the “higher” to higher education, if we cannot put down our Play-Doh and take up our Plato, it’s unlikely we’ll see a return of either to our politics or our learning.