Electing to ‘Opt Out’ of Obamacare 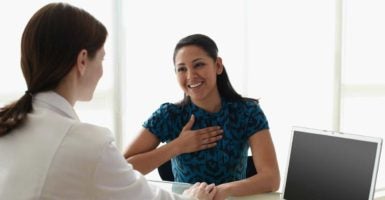 Steven Lopez has gone without health insurance for 15 years, and the Affordable Care Act hasn’t changed his mind. Once again, this year he will forgo coverage, he said, even though it means another tax penalty.

Last tax season, the 51-year-old information technology professional and his family paid a mandatory penalty of nearly $1,000, he said. That’s because they found it preferable to the $400 to $500 monthly cost of an Obamacare health plan.

While millions of people have gained coverage through the Affordable Care Act, an estimated 28 million Americans remain uninsured. And preliminary data show that about 5.6 million paid a tax penalty rather than buy health insurance in 2015, according to The New York Times.

In California alone, 3.8 million people under 65 remain without health insurance.

Now, amid the uncertain future of Obamacare in a Trump administration, some resisters like Lopez are feeling vindicated and other consumers simply don’t see the need to sign up. Still, others, according to Affordable Care Act advocates, are eager to take advantage of what will likely be at least one more year of subsidized coverage.

Doreena Wong, a project director at the Los Angeles-based nonprofit Asian Americans Advancing Justice, said consumers have already begun to express doubts on whether they should bother enrolling. That is despite redoubled efforts in recent days by the state and federal exchanges to encourage signups.

“I do think the election result will impact our ability to enroll as many people as we’d like to,” she said. “Some people may ask: If it’s going to be dismantled, why sign up?”

Weiyu Zhang, a health educator and enrollment counselor with Asian Americans Advancing Justice, has enrolled 10 people since the election.

“Every single one has brought up the election and has expressed concern about signing up,” Zhang said. People are asking whether subsidies might go away and whether premiums will rise or fall, Zhang said.

“Based on my knowledge, there’s only so much I can tell them,” Zhang said. “What we know is that changes will not happen immediately, and if they want coverage in 2017, they should sign up.”

Getting rid of the health care law in its entirety on Day One of the Trump administration is practically impossible, said Erin Trish, an assistant research professor in public policy at the University of Southern California. Although Republicans to date have offered no official replacement plan, what’s expected is a different approach with a less regulated health insurance market, Trish said.

Even before the election, health policy experts believed the 2017 enrollment period, which ends Jan. 31, would be key to determining the future of Obamacare.

“Would people enroll? Would premiums stabilize after this year and increase at a normal pace? What would the risk pool look like?” were questions experts were already asking, Trish said. “But this election has definitely thrown things for a loop.”

She said the election’s effect on this year’s open enrollment period could go either way. Rather than opting out, many people might consider it important to get covered in case Affordable Care Act replacement options hinge on whether people had coverage in place, Trish said.

According to the U.S. Department of Health and Human Services, more than 100,000 people signed up for coverage the day after the election.

“Maybe people see this as one last opportunity, or perhaps they want to show their support for the ACA,” Trish said. “Who knows?”

Lopez said repeal is fine with him. Being penalized for not being insured is absurd, he said.

“We should not be forced to buy health insurance. The government should not be in the business of forcing us to buy anything,” he said.

Yet, even as a critic, Lopez does see some positive in the health care law. He believes getting rid of the preexisting condition exclusion, for example, was a good thing.

So what happens if Lopez becomes ill? He must pay out of pocket.

Last year, he needed a colonoscopy. The best price he found was at a community clinic, where the procedure would cost him $2,000.

Not satisfied with the price, he traveled south to Tijuana. There, $2,000 covered a lot more: the colonoscopy, an electrocardiogram, and hemorrhoid surgery, which he had been putting off because of cost.

If necessary, he’d do it again, he said.

For most Americans, cost continues to be the top barrier to health coverage. In 2015, 46 percent of uninsured adults of varying ages, ethnicities, and income levels said they didn’t have coverage because it was too expensive, according to a Kaiser Family Foundation survey. (Kaiser Health News is an editorially independent program of the Kaiser Family Foundation.)

Kathy Eller, 56, a janitor from Paducah, Kentucky, hasn’t had insurance for more than a decade, and she plans to opt out this year as well, she said. Sometimes she worries about her health, but not enough to pay a $250 monthly premium, which is what the most affordable Obamacare plan would cost her, she said.

“I smoke way too much and I’m overweight,” Eller said. “I go to the doctor once every six months for my high blood pressure medication and only pay $50 for it.”

Before she lost her employer-based coverage 10 years ago, Eller underwent several surgeries for a skin infection caused by a bacteria known as MRSA.

If she were to get severely ill again, she wouldn’t be able to pay for it, and she doesn’t think she’d seek treatment.

Last tax season, Eller was fined close to $800 for not having health insurance. Eller said she is indifferent to the possible repeal of Obamacare. “It hasn’t helped me much, but I know it’s helped a lot of people,” she said.

Shannon Drees, 26, a student from Orlando, Florida, hopes possible reversal of the Affordable Care Act could lower premiums for young, healthy people. She has not had health insurance since she was 21, when she was dropped from her parents’ plan before the Affordable Care Act provision allowing young adults to stay on those plans until age 26 took effect.

“I don’t have outstanding health issues, it’s much cheaper to pay a penalty,” she said.

Last tax season, she was fined $500. That’s still less expensive than the estimated yearly cost in premiums for plans she looked into, she said.

Many of her friends, about the same age, are in the same boat. Unless they are covered by an employer, they are not insured, she said. She said she does not visit the doctor much and uses Planned Parenthood for birth control.

“For me, it’s about the math,” Drees said of getting health insurance. “Hopefully, one day I’ll be able to afford it again.”

Ana B. Ibarra is a web reporter.