In 6 Charts, the Rising Costs of Obamacare Rates 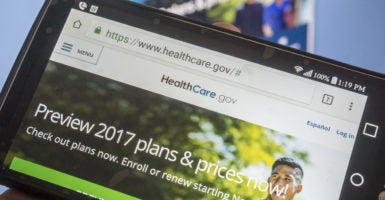 Premiums under Obamacare are expected to go up an average of 25 percent in 2017 in the 39 states that provide insurance under the federal marketplace. In addition, the pool of insurers will shrink, with some states offering only one option. (Photo: Richard B. Levine/Newscom)

New data from the federal government show that monthly premiums for health insurance plans sold on the federal exchange, HealthCare.gov, will increase by an average of 25 percent in 2017.

The Department of Health and Human Services released a report Monday analyzing the state and federal health insurance exchanges ahead of the fourth open enrollment period, which begins Nov. 1.

In a statement, Health and Human Services Secretary Sylvia Mathews Burwell downplayed the rising premium costs, noting that most consumers who purchase coverage on HealthCare.gov and the state exchanges receive a subsidy.

“Thanks to financial assistance, most marketplace consumers this year will find plan options with premiums between $50 and $100 per month,” Burwell said.

In addition to double-digit rate increases, consumers will see a decrease in the number of insurers selling plans on the exchanges.

The Department of Health and Human Services received data on health insurance plans and premiums from most states ahead of the open enrollment period.

Six of the 12 states that operate their own exchanges did not provide information to the Obama administration; they are Colorado, Idaho, Maryland, Rhode Island, Vermont, and Washington.

Check out the status of Obamacare’s exchanges for 2017 in these six charts.