A Baby With 3 Parents Has Been Born. These Are the Dangers You Should Know About. 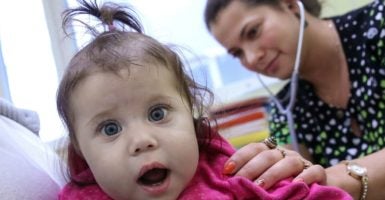 Genetic manipulation resulting in embryos that incorporate DNA from three adults has been in laboratory experimentation phases since the 1990s, but now the first birth of a baby with genetic material from three parents (not pictured) has been reported. (Photo: Sharifulin Valery/ZUMA Press/Newscom) 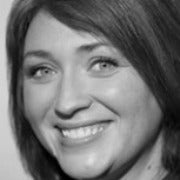 Anna Higgins, J.D., is an associate scholar at the Charlotte Lozier Institute and an attorney specializing in sanctity of life policy issues, ranging from conception to end of life care. She has been active in the pro-life movement for many years, including serving as a volunteer counselor at two pregnancy help centers.

The first baby with three parents has been born this year, raising troubling questions about our culture’s dedication to human dignity.

The U.S. Constitution is predicated on the principle of the inherent worth and dignity of the human individual. Fundamental rights do not depend on any other fact than that each of us is a unique human being. Thus, any proposed legal action or scientific endeavor is subordinate to those rights.

Often, however, we find that proposed scientific “advances”—particularly in areas like genetic engineering—trample on the rights and dignity of the individual.

Genetic manipulation resulting in embryos that incorporate DNA from three adults has been in laboratory experimentation phases since the 1990s, but now the first birth of a baby with genetic material from three parents has been reported. Multiple methods of creating three-parent embryos exist (a detailed explanation can be found here).

In this case, New York City fertility specialist Dr. John Zhang used a method called “maternal spindle transfer” to create five such human embryos—one of which was transferred to a womb and resulted in live birth. While the baby is now a few months old, New Scientist didn’t break the news until September.

Genetically defective mitochondria can cause serious, even lethal, health problems. But MRT procedures actually transfer a nucleus, repository of the majority of the cell’s genetic material (which means they use human cloning technology), into the presence of genetically different mitochondria.

This is germline (heritable) genetic modification, which means that the modification affects not only the new manufactured individual but also will be passed on to future generations.

The risks potentially associated with this procedure are borne by the resulting child, not the parents.

Zhang performed the transfer of the genetically manipulated embryo to a woman’s womb in Mexico because it is currently illegal in the United States. Rather than pause to debate the potential consequences of such manipulation, American scientists are pushing to make this procedure legal in the U.S., touting its “glorious potential.”

In 2015, Congress passed an amendment to the omnibus spending bill, sponsored by Rep. Robert Aderholt, R-Ala., which prohibits the Food and Drug Administration from entertaining any submission that proposes “research in which a human embryo is intentionally created or modified to include heritable genetic modification.”

Thus, Zhang, unable to get approval to proceed with genetic manufacture of embryos in the U.S. and unwilling to debate the consequences of these human experiments, fled the country to do his experiments.

Note, however, that the Aderholt amendment does not prohibit human gene editing on born individuals. Congressional prohibition of the practice highlights the importance of the dignity of the human person and gives us a chance to consider all the potential ramifications of forging ahead with practices that amount to irreversible genetic modifications of human beings without their consent.

The United Kingdom has approved creation of three-parent embryos, and a U.S. National Academy of Sciences committee recently recommended that the FDA approve three-parent techniques for in vitro fertilization.

The caveats included with the recommendations do little to assuage concerns. The committee recommends that this genetic engineering be 1) used only for women with serious, life-threatening mitochondrial disease; 2) require long-term medical follow-up for children born with genetic material from three parents; and 3) that only male embryos be transferred to the mother’s uterus.

First of all, risks potentially associated with this procedure are borne by the resulting child, not the parents. Parents are looking to this procedure because they wish to have a biological child, but do not wish to pass on a genetic disease. This prompts the question: Is the wish for biologically-related offspring sufficient to justify germline genetically modified children?

Concern that these procedures will eventually give rise to full-blown eugenics practices is valid. Where do we draw the ethical line when we take the next step of using mitochondrial genetic engineering—or other genetic manipulation techniques—to create people with other “desirable” characteristics?

Second, the potential health risks for these genetically modified children and their offspring are unknown. If the past failure of embryonic research and experimentation in the areas of disease treatment or vaccine development is any indication, there are far-reaching health consequences to be considered.

The National Academy of Sciences committee tacitly admits to the potential for long-term harmful effects by recommending long-term follow-up and male embryo transfer only. Recently, the Charlotte Lozier Institute published a paper highlighting the problem of sex-selective abortion in the U.S. and abroad. The selection of male-only embryos for transfer only exacerbates that problem, as the female embryos will be either immediately destroyed or used in further embryo-destructive experimentation.

Each embryo is biologically a unique human individual. Despite the “glorious potential” of genetic manipulation of human embryos, we must never lose sight of the preeminent consideration of human dignity and ethical practice.