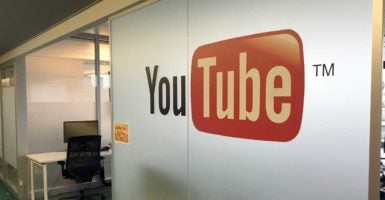 According to YouTube, videos that are restricted contain vulgar language, violence and disturbing imagery, nudity and sexually suggestive content, and portrayal of harmful or dangerous activities. Videos that fit this description are not available to logged-out users, those who are under 18 years of age, or those who have activated restricted mode, according to YouTube.

PragerU believes YouTube to be censoring these 21 videos, according to a press release from PragerU.

1. Are The Police Racist?
This video explores the debate that the police are targeting African-American communities.

2. Why Don’t Feminists Fight for Muslim Women?
Why do feminists claim to be champions of women’s rights everywhere, but do not fight for women facing oppression in Muslim countries? This video attempts to answer that question.

3. Why Did America Fight the Korean War?
Due to just slashing its military budget, why did America choose to get involved in this fight?

4. Who’s More Pro-Choice: Europe or America?
This video examines the fact that western Europeans are much more conservative about abortion than American progressives.

5. What ISIS Wants
What is the Islamic State? Where did it come from? What does it want? This video examines all these questions and more.

6. Why Are There Still Palestinian Refugees?
Israel is a nation of refugees, and especially refugees from Arab countries. This video examines why.

7. Are 1 in 5 Women Raped at College?
According to many gender activists, academics, and politicians, college campuses can be promoters of a “rape culture.”

8. Islamic Terror: What Muslim Americans Can Do
This video examines how American Muslims can lead a winning fight toward radical Islam.

9. Did Bush Lie About Iraq?
This video clarifies the belief that President George W. Bush lied his way into the war in Iraq.

10. Who NOT to Vote For
Without naming parties or names, this video talks about what one should keep in mind when heading to the ballot box.

11. Do Not Murder
Out of all the 10 Commandments, one would think that “do not murder” would be the most self-explanatory of all. PragerU President Dennis Prager examines why this is not the case.

12. Is America Racist?
This video discusses President Barack Obama’s claim that “racism is in our DNA.”

13. Israel: The World’s Most Moral Army
Is the Israeli military “a paragon of morality and wartime ethics” or “an oppressive force that targets innocent Palestinian civilians and commits war crimes as a matter of policy?” Col. Richard Kemp, a commander of British Forces in Afghanistan, answers this question.

15. The Most Important Question About Abortion
Dennis Prager, president of PragerU, discusses the most critical question of this debate.

16. Why Do People Become Islamic Extremists?
This video examines what drives a person to become an Islamic extremist and even a suicide bomber.

17. Don’t Judge Blacks Differently
How come the election of this nation’s first African-American president did not usher in a “new era of racial harmony”? This video examines why.

18. What is the University Diversity Scam?
Are colleges places of “racism, sexism, and homophobia?” This video talks about why some believe this to be college culture today.

19. He Wants You
This video discusses the differences between how men and women perceive each other.

20. Israel’s Legal Founding
When Israel was founded in 1948, it was approved by the United Nations. With this being the case, why do Israel’s enemies relentlessly attack this nation’s existence?

21. Pakistan: Can Sharia and Freedom Coexist?
Is is possible for freedom to coexist in a country based on “religious Sharia Islamic law?”