White House: US Is in a ‘Narrative Fight’ With ISIS 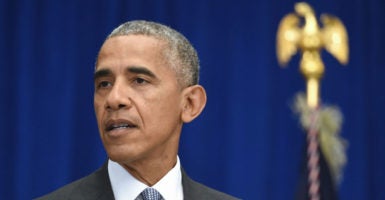 The U.S. is in a fight with the Islamic State, but according to the White House it is a fight of words, not arms.

“When it comes to ISIL, we are in a fight—a narrative fight with them. A narrative battle,” said White House press secretary Josh Earnest while appearing on CNN Monday, the day after the U.S. suffered two bombings in the New York metropolitan area and an Islamic State-linked terrorist in Minnesota went on a stabbing rampage.

A bomb injured 29 people in Manhattan’s Chelsea neighborhood Saturday night. The attacker appears to have used pressure-cooker style bombs, similar to those used in the 2013 Boston Marathon bombing. One of the bombs was found intact a few blocks from the Chelsea explosion.

Ahmad Khan Rahami, a naturalized U.S. citizen from Afghanistan, was taken into custody Monday. Rahami is also wanted for questioning regarding another attack in Seaside Park, New Jersey, which occurred just hours before the Chelsea bombing.

The same night, a knife attack left 8 injured at a mall in St. Cloud, Minnesota. Police have identified Dahir Adan, a Somalian immigrant, as a suspect in the stabbing rampage. ISIS claimed responsibility for the assault through its news agency shortly after it occurred. 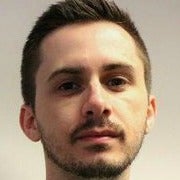 Russ Read is a foreign policy reporter and Pentagon correspondent for The Daily Caller News Foundation. He covers defense, terrorism, and the Middle East.