How This Progressive Educator Laid the Groundwork for Big Government 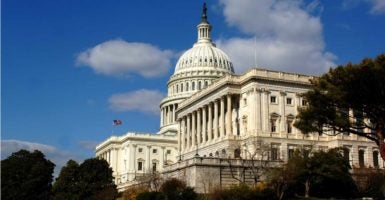 Richard T. Ely attempted to convince Americans that capitalism was unjust and that they needed to grow the size of government. (Photo: Caro / Kruppa/Newscom)

Luigi Bradizza, Ph.D., is an associate professor of political science at Salve Regina University and the author of "Richard T. Ely’s Critique of Capitalism" (Palgrave Macmillan, 2013).

From about 1880 to the end of World War I, America went through a period of radical change. New political and economic principles were introduced by a group of academics, activists, and politicians known as progressives.

Progressives proposed replacing the system of limited government, natural rights, and capitalism bequeathed to us by the Founders, with an unlimited government that closely regulates the economy and redistributes income.

Born in Fredonia, New York, in 1854, Ely graduated from Columbia College and then received his Ph.D. in political economy in Germany in 1879. His German professors taught him that natural rights are a myth, that capitalism needs to be curtailed, and that the government should redistribute income to assist in the positive development of each individual.

Ely returned to America and taught these ideas to a generation of progressive reformers, first at Johns Hopkins University and then at the University of Wisconsin. Ely was a very influential professor, and among his more important students was Woodrow Wilson. He also informally taught Theodore Roosevelt.

Ely attempted to convince Americans that capitalism was unjust. In his view, wealthy businessmen imposed hard terms on exploited workers, who were then forced to accept low wages and bad working conditions if they were to avoid starvation. Ely wanted government intervention in the economy to protect workers from alleged capitalist injustices.

But despite the great influence of this critique of capitalism, Ely’s description of working-class suffering seriously misstated the condition of the American worker. In fact, ordinary workers in his day enjoyed prosperity and opportunities unheard of in prior eras.

Ely wanted the earth to be redeemed by means of social and economic improvements aimed at solving a broad range of human problems in areas such as education, housing, poverty, and employment. Ely believed that social science could provide us with the tools to analyze and solve any number of human problems and thereby perform our full Christian duty to others.

Despite the high hopes he placed in social science, Ely had chosen a tool of very limited utility, one incapable of solving the problems he placed before it. Moreover, his understanding of Christianity was out of step with the traditional Christian view that counseled moderated expectations of life on earth. Ely asked too much of this world and too much of science.

Ely lived long enough to witness the Great Depression, and he was offended by the economic incompetence and demagoguery of so much of the New Deal. But fairness requires that he share in the blame for New Deal missteps.

By arguing against natural rights and limited government, Ely thought that he was preparing the country for rule by enlightened, scientific-minded managers. In fact, he helped to break down important restraints that kept people from reaching for the property of others. The result was demagogues promising to redistribute property.

Ely’s legacy is seen today in our weakened attachment to limited government, private property, and capitalism, and our too-willing acceptance of government intervention, welfare statism, and social science. We are very much still living in the world that Ely helped to shape.