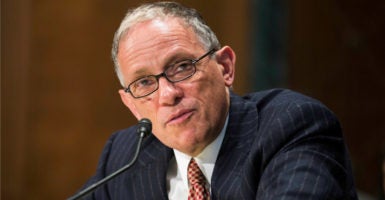 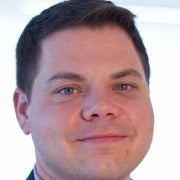 Last December, lobbyists successfully resurrected one of their favorite corporate cash cows: the U.S. Export-Import Bank, a government agency dedicated to subsidizing wealthy and well-connected businesses at the taxpayers’ expense.

But those special interests didn’t get everything they wanted. For all of this year, the Ex-Im Bank hasn’t had a full board of directors—meaning it hasn’t been able to approve taxpayer handouts over $10 million. Now the bank’s biggest beneficiaries are trying to get Congress to abandon the rules preventing them from getting millions of dollars’ worth of government favors.

It’s critical that we stop them. There are three reasons why principled lawmakers—especially Speaker of the House Paul Ryan—could stand with hardworking Americans rather than the favored few.

First, principled lawmakers and organizations have called the bank’s bluff.

Ex-Im’s current predicament shouldn’t be a problem, judging by the rhetoric of its supporters. They’ve argued for years that the government bank exists to give a hand up to small businesses. Its CEO, Fred Hochberg, said, “The most important thing we do is … support the small businesses.” Similarly, President Barack Obama declared the bank “helps small businesses go global.”

For the last year, the bank has been forced to keep its focus on the little guys. The Export-Import Bank requires a quorum of its five-member board of directors to approve any transaction larger than $10 million. Since its reauthorization last December, the bank has lacked a quorum, effectively limiting its funding to small businesses.

Now that the bank has had no choice but to put its money behind its claim, the mask is off. Big businesses are the ones lobbying to remove the cap.

It shouldn’t surprise anyone that the Export-Import Bank has primarily served big business. Over the past decade, the bank has handed out more than $200 billion to the world’s power players. In 2013, 97 percent of the bank’s loan guarantees benefitted just 10 corporate giants—including General Electric Co., Caterpillar, and Boeing Co. Boeing alone accounted for almost one in every three dollars the bank authorized. The other primary beneficiaries of the Ex-Im Bank are foreign companies—many of which are government-owned.

The current $10 million transaction cap is the only shield preventing hundreds of millions of taxpayer dollars from once again flowing to these companies’ coffers. That’s reason enough to keep it in place.

Second, the bank’s backers have played their cards too soon—giving citizens and principled lawmakers a chance to defeat them.

Ex-Im’s backers have already successfully lobbied the House Appropriations Committee to introduce an amendment that would change the quorum rule so that the Ex-Im Bank could resume funneling greater sums to bigger businesses. But they may have bet against themselves.

The amendment is exactly the reason Americans are fed up with career politicians: backroom deals, subsidies to the well-connected, and an add-on deal that puts billions of taxpayer dollars at risk. Now principled lawmakers have a chance to stand with the people against further rigging the system.

Third, all Congress has to do is utter one two-letter word: no.

Sen. Richard Shelby, chairman of the Senate Banking, Housing, and Urban Affairs Committee, has already demonstrated the wherewithal to do just that. He has refused to approve new nominees for the Ex-Im’s board of directors, preventing them from reaching the quorum that would lift their current spending limits.

Now it’s Ryan and the House leadership’s turn to show similar leadership and put taxpayers’ interests ahead of special interests. All Congress needs to do is what it does best—nothing. If our elected officials are willing to do that, they will take an important step in cutting off Washington’s addiction to corporate welfare.

That’s an achievable victory for millions of hardworking Americans—and for lawmakers who work for them.