The Dumbing Down of College Curriculums 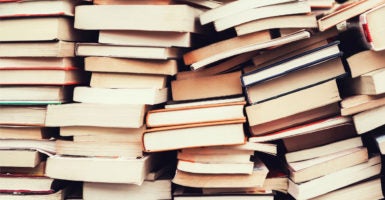 The dumbing down of elementary and secondary education has made its way to the collegiate level; too many unprepared students are admitted despite their inability to do college-level work. (Photo: Ingram Publishing/Newscom) 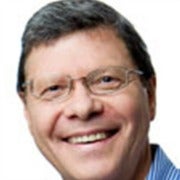 Charles J. Sykes is senior fellow at the Wisconsin Policy Research Institute and a talk show host at WTMJ radio in Milwaukee, Wisconsin. He has written for The New York Times, The Wall Street Journal, and USA Today and is the author of "A Nation of Victims," "Dumbing Down Our Kids," "Profscam," "The Hollow Men," "The End of Privacy," and "50 Rules Kids Won't Learn in School."

Let’s concede at the outset that many students find their college years enlightening and enriching. But something is rotten in the state of academia, and it is increasingly hard not to notice.

There once was a time when employers could be reasonably certain that college graduates had a basic sense of the world and, as a minimum, could write a coherent business letter. That is simply no longer the case, as some academic leaders appear ready to admit.

Harvard’s former president, Derek Bok, mildly broke ranks with the academic cheerleaders when he noted that, for all their many benefits, colleges and universities “accomplish far less for their students than they should.” Too many graduates, he admitted, leave school with the coveted and expensive credential “without being able to write well enough to satisfy employers … [or] reason clearly or perform competently in analyzing complex, nontechnical problems.”

Bok noted that few undergraduates can understand or speak a foreign language; most never take courses in quantitative reasoning or acquire “the knowledge needed to be a reasonably informed citizen in a democracy.” Despite the massive spending on the infrastructure of higher education, he conceded, it was not at all clear that students actually learned any more than they did 50 years ago.

This knowledge deficit has been a long time coming.

Indeed, a recent survey of the nation’s top-ranked public universities by the American Council of Trustees and Alumni found that only nine of them required an economics course for graduation; just five required a survey course in American history; and only 10 required that students take a literature course. Despite the lip service given to “multiculturalism” on campus, the study found that: “Fewer than half required even intermediate study of a foreign language.”

This knowledge deficit has been a long time coming.

By 1990, the cost of four years at an elite private college had passed the median price of a house in the United States. But a survey sponsored by the National Endowment for the Humanities in 1989 found that a majority of college seniors would flunk even a basic test on Western cultural and historical literacy: 25 percent could not distinguish between the thoughts of Karl Marx and the United States Constitution (or between the words of Winston Churchill and those of Joseph Stalin), 58 percent did not know Shakespeare wrote “The Tempest,” and 42 percent could not place the Civil War in the correct half-century.

Most seniors were unable to identify the Magna Carta, Reconstruction, or the Missouri Compromise; they were “clearly unfamiliar” with Jane Austen’s “Pride and Prejudice,” Fyodor Dostoevsky’s “Crime and Punishment,” and Martin Luther King Jr.’s “Letter From a Birmingham Jail.”

The question is no longer whether students have learned specific bodies of knowledge; it is whether they are learning anything at all.

These concerns now seem almost—quaint. The fact that college students had huge gaps in their knowledge was old news by the early 1990s. But today the question is no longer whether students have learned specific bodies of knowledge; it is whether they are learning anything at all.

Traditionally, the authors wrote, “teaching students to think critically and communicate effectively” have been claimed as the “principal goals” of higher education. But “commitment to these skills appears more a matter of principle than practice,” Arum and Roksa found.

“An astounding proportion of students are progressing through higher education today without measurable gains in general skills,” they wrote. “While they may be acquiring subject-specific knowledge, or greater self-awareness on their journeys through college, many students are not improving their skills in critical thinking, complex reasoning, and writing.”

But those are precisely the skills that employers increasingly expect from college graduates. A 2013 survey of employers on behalf of the Association of American Colleges and Universities found that 93 percent of employers say that a demonstrated capacity to think critically, communicate clearly, and solve complex problems is more important than a candidate’s undergraduate major.

More than three-quarters of the prospective employers of new college graduates said they wanted colleges to put more emphasis on such basic skills as “critical thinking, complex problem solving, written and oral communication, and applied knowledge.”

So how could we spend so much for so little? The most obvious answer is that colleges and universities frankly don’t care whether students learn much of anything.

Once again, Harvard’s Bok is willing to admit that administrators have few incentives to worry about something as irrelevant as student achievement because student learning can’t be monetized and doesn’t do anything to advance academic careers. “After all,” he writes, “success in increasing student learning is seldom rewarded, and its benefits are usually hard to demonstrate, far more so than success in lifting the SAT scores of the entering class or in raising the money to build new laboratories or libraries.”

The dumbing down of elementary and secondary education has made its way to the collegiate level.

There are, of course, other factors at work. The dumbing down of elementary and secondary education has made its way to the collegiate level; too many unprepared students are admitted despite their inability to do college-level work. Nearly four out of 10 college faculty now agree with the statement “Most of the students I teach lack the basic skills for college-level work.” This inevitably contributes to the flight from teaching (few professors want to teach remedial courses) and the overall lowering of standards.

This general indifference to what, if anything, students learn is embodied in the modern curriculum that enables students to study just about anything, without necessarily learning much at all.

This is an excerpt from “Fail U.: The False Promise of Higher Education” by Charles Sykes. Copyright © 2016 by the author and reprinted with permission of St. Martin’s Press, LLC.