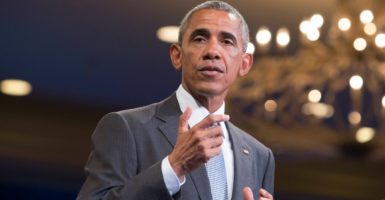 President Barack Obama's executive orders that flout current law to instruct the Department of Homeland Security to provide millions of illegal aliens with deferred status differ fundamentally from those that would reverse the unlawful action and restore the proper balance between the executive and legislative branches. (Photo: Chris Kleponis/dpa/picture-alliance/Newscom) 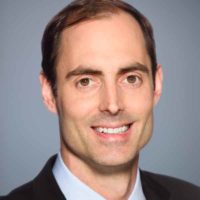 Commentators from across the political spectrum have both supported and opposed such behavior at one time or another largely because of the particular president or policy in question, not because of their views on the limits of executive power.

Recent articles in the The Washington Post and the The New Yorker suggest that at least some of those worried about the dangers posed by unilateral executive action are motivated more by opposition to the particular policy being implemented instead of the fact that such action circumvented Congress.

This preoccupation with particularities overlooks the general threat posed by such actions in the first place. It also reveals an inconsistency in how we typically think about the president’s role in the policy process today.

On one hand, we easily recall the old adage taught in school, “the president proposes and Congress disposes.” This succinctly describes the post-World War II political system in which the president largely set the agenda and Congress exercised its Article I authority to make the law.

Widespread attention to the daily machinations on Capitol Hill and the outcome of congressional elections signal that most continue to think that something important is being decided when control of the House of Representatives and the Senate is up for grabs.

In reality, the power of the House and Senate vis-à-vis the presidency is declining, as many are quick to throw out the constitutional framework on which our political system is based when it acts as an impediment to getting what they want. Today, gridlock in Congress is held up as making unilateral action by the president necessary.

Critics who object to such action on principle are dismissed as hyperbolic. Instead, unilateral executive action is portrayed as good if you agree with the policies it implements and bad if you do not, regardless of whether it exceeds constitutional boundaries. Put simply, the prevalent attitude today is that the real reason to worry is because good actions can be reversed by bad actions, not because the president often lacks the authority to act in the first place.

But this analysis is based on a false equivalence. Not all executive actions are created equal. Actions that circumvent Congress are not the same as those that seek to restore the executive to its proper role in the constitutional system.

The power of the House and Senate vis-à-vis the presidency is declining, as many are quick to throw out the constitutional framework on which our political system is based when it acts as an impediment to getting what they want.

For example, executive orders that flout current law to instruct the Department of Homeland Security to provide millions of illegal aliens with deferred status differ fundamentally from those that would reverse the unlawful action and restore the proper balance between the executive and legislative branches. Yes, both are executive actions—but only one is constitutional.

This is because the value of executive action is not relative. Rather, presidents should be judged according to the extent to which the actions they take independent of Congress undermine or bolster the Constitution.

This points to the real reason why we should worry about presidential action that circumvents Congress.

The principal concern of the delegates assembled at the Federal Convention, and who wrote the Constitution, in Philadelphia in 1787 was preventing the formation of a tyrannical government.

James Madison articulated how the framers defined tyranny in Federalist 47. According to Madison, “The accumulation of all powers, legislative, executive, and judiciary, in the same hands, whether of one, a few, or many, and whether hereditary, self-appointed, or elective, may justly be pronounced the very definition of tyranny.”

The framers’ solution to this problem, their method of preventing tyrannical government, was the doctrine of separation of powers. To that end, the Constitution established three distinct branches of government, each of which corresponded to the Congress, presidency, and the federal judiciary.

For Alexander Hamilton, writing in Federalist 9, this separation of powers was “a powerful means, by which the excellences of republican government may be retained and its imperfections lessened or avoided.” Madison similarly observed in Federalist 51 that separating the executive and legislative powers of government was “essential to the preservation of liberty.”

The routine practice of presidents today of making law without the prior approval of Congress threatens the liberty of all Americans because it erodes the separation of powers in our federal government.

Instead of being subject to laws written by their representatives in the legislature, the American people are increasingly subject to the whims of a distant and impersonal executive branch over which they have little influence.

Assessing unilateral executive action solely by the policies a president seeks to implement is trivial, an affront to the framers’ preoccupation with preventing undue executive influence in the process of making law in Congress.

Judged from this perspective, unilateral executive action to make policy absent congressional approval should worry everyone, even those who may like the policy to be implemented.