The Left’s War on Grit 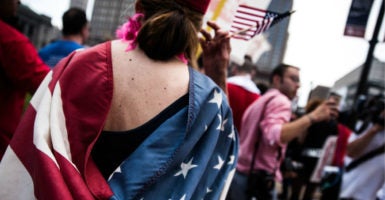 As a nation, we need to toughen up, stop whining, and get to work. (Photo: Monica Jorge/Sipa USA /Newscom) 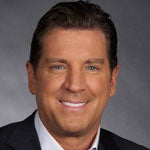 Eric Bolling is a co-host of Fox News Channel's "The Five." He is also the host of "Cashin' In," an analysis program on Fox News.

I hate the question, “What’s the secret of your success?” There is no secret to being successful. Ask anybody who is successful and they will say some version of the same thing—perseverance, mental toughness, or my personal favorite: grit.

Grit is getting up again and again after being knocked down to continue the fight. Grit is going over, around, or straight through obstacles to reach your goals—no matter how much it hurts to do so. Grit is the power to try, fail, and rebuild yourself in a nation of endless possibilities. Grit is the soul of the American spirit.

Here’s the thing: To be gritty and tough, you have to take risks, and by definition with risk comes the possibility of failure—a lack of security. The grit comes in when you fail, get back up, dust yourself off, and keep trying, as many times as it takes for you to get the job done.

That’s why grit is such an essential component of the American character. We’ve always been a mentally tough people—because we had to be. You can’t survive slavery or brave weeks on a rickety ship on the Atlantic without some serious grit, folks.

Grit, however, is anathema to liberals. Gritty, free-thinking citizens are harder to control. Oh, sure, liberals love to spout happy talk about perseverance and the American dream, but they are doing everything they can to make sure there is only one path to this dream: through the government.

Liberals, by nature, just aren’t comfortable with risk. The dirty little secret of liberalism is that, at least in today’s form, it’s not liberal at all. Liberals don’t want “liberty.” They can’t handle the messiness of real democracy in a dynamic republic. Instead of allowing individual citizens to pave their own way in life, liberals want a bunch of technocratic “experts” to decide what is best for the rest of us.

So, it is very much in the left’s interests for the citizenry to be soft, docile, and obedient. That’s why liberals have spent decades putting forth what I sometimes call the “softness doctrine,” which tells Americans that the ideal person is conformist, collectivist, and in need of government assistance in nearly every aspect of life.

Think of the 2012 Obama campaign’s “Life of Julia” nonsense as the perfect example. This slideshow tells the life story of the fictional cartoon character “Julia” and how she benefited from a benevolent government literally from cradle to grave.

Grit, however, is anathema to liberals. Gritty, free-thinking citizens are harder to control.

It’s also perfect nonsense. Do you think it was an accident that the Obama team created a cartoon to tell this story? It’s fitting that the tale is told in the same media form as a Disney fairy tale, because Julia’s life is just as much a fantasy as Cinderella’s or Snow White’s. It’s the Joe Camel of political advertisements.

This is how they spread the “softness doctrine.” Our government, media, and academia are brainwashing all of us—especially our kids—into being mushy blobs of fragile self-esteem, all in the name of “progressivism.”

As they do with masculinity itself, today’s liberals treat grit like an anachronism from a time when people hadn’t evolved enough to live in the progressive paradise that they believe is just around every corner. Grit is unnecessary. You don’t have to be mentally tough, because if you have a problem, a supposedly benevolent government will take care of it for you—and take care of you.

While this cotton candy philosophy may make sense to sophomoric college students and sheltered media elites, those of us who have fought in the trenches of our own lives, the global economy, and the nation’s politics know better. You can’t save everyone, and when you try to do so, you end up doing much more harm than good.

This isn’t just a social problem—though it most certainly is that—it is also an economic and national security problem. Do you think China and Russia will sit back and let us continue to be the most powerful nation in the world once we’re too soft to fight for market share—or even our homeland?

As a nation, we need to toughen up, stop whining, and get to work.

This piece is an excerpt from Eric Bolling’s book “Wake Up America.“