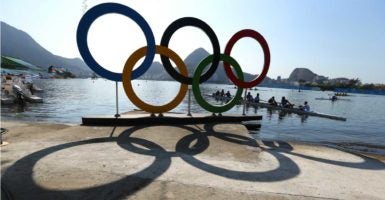 The Games of the XXXI Olympiad open tonight in Rio de Janeiro, Brazil. As you watch the parade of nations, you may notice Russia’s contingent of Olympians is noticeably smaller. That’s because well over 100 Russian athletes have been banned from competing in the Olympics for their use of performance-enhancing drugs.

One of the investigative reports, released on July 18, stated that Russia’s “Ministry of Sport directed, controlled, and oversaw the manipulation of athlete’s analytical results or sample swapping … ” The report also cites the active engagement of the Centre of Sports Preparation in Russia and the Russian Federal Security Service.

The head of the International Olympic Committee described Russia’s actions as a “shocking and unprecedented attack” on the integrity of the sport and on the Olympic games.

Nothing about Russia’s doping program should be shocking; rather, it is yet another example of the brutal nature of the Russian regime. As The Heritage Foundation has described, the regime is “an autocracy that justifies and sustains its hold on political power by force, fraud, and a thorough and strongly ideological assault on the West in general, and the U.S. in particular.”

Russia also seeks to make a mockery of international norms, values, and standards of conduct. The doping scandal shows a complete lack of respect for the integrity of sport as well as for the international organizations that organize the Olympic Games and the countries and athletes that participate from across the globe.

The World Anti-Doping Agency criticized the International Olympic Committee’s decision not to issue a blanket ban, saying that the investigations “exposed, beyond a reasonable doubt, a state-run doping program in Russia that seriously undermines the principles of clean sport embodied within the World Anti-Doping Code.”

While some Russian athletes will be able to compete at the Olympics in Rio, the doping scandal has once again highlighted the criminal nature of the Russian regime, a nature that is at the very heart of the country’s actions at home and abroad.

The next president must come into office approaching Russia as it actually is, not as the U.S. wishes it might be. Russia is not a fit international partner, the size and scope of the doping operation, as well as the government’s involvement in directing it, once again drive this point home.