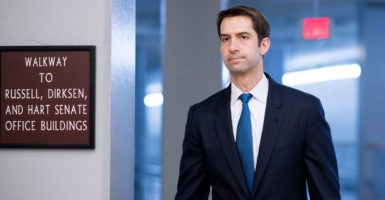 Republicans in Congress are criticizing President Barack Obama’s administration for its approval of a $400 million delivery of cash to Iran on the same day the country released four American prisoners and formally implemented the nuclear deal.

Though the administration says the timing of the $400 million money transfer was coincidental, and part of a resolution of a failed arms deal between the two countries that dates to the Iranian revolution, critics say that a link between the payment and the prisoner exchange is undeniable.

“The claim that the timing is coincidental is beyond unbelievable,” said Rep. Lee Zeldin, R-N.Y., an outspoken critic of U.S. policy toward Iran. “It is clear at this point that one of two possibilities apply to this administration: either the president has absolutely no idea what he is doing or the president knows exactly what he is doing and is playing for some other team.”

“Unfortunately, paying a $400 million ransom is no game and the consequences are grave,” Zeldin told The Daily Signal in an interview.

Critics of the deal on Wednesday called on the White House to disclose details of the payment.

“Unfortunately, paying a $400 million ransom is no game and the consequences are grave,” says @RepLeeZeldin.

Sen. Tom Cotton, R-Ark., sent a letter to Secretary of State John Kerry and Treasury Secretary Jack Lew demanding answers on the timing and nature of the money transfer, and how the remaining $1.3 billion will be paid.

Other opponents of the deal predicted the money transfer would have broader repercussions.

“The revelation that the Obama administration ransomed the three Americans being unjustly detained by Iran with $400 million in cash is only the most recent piece of evidence that the so-called nuclear deal with the mullahs is fundamentally illegitimate,” Sen. Ted Cruz, R-Texas, said in a statement.

“It is nothing but a series of bribes and secret agreements that will do nothing to prevent Iran from reaching nuclear capability, yet will provide funding for their sponsorship of terrorism and encourage them to detain more of our citizens. This ‘deal’ should be ripped to shreds immediately before more damage is done.”

In January, the Obama administration announced the implementation of the nuclear deal between the U.S. and Western powers, and Iran, that would constrain Tehran’s nuclear capability in exchange for billions in sanctions relief.

That same weekend, the White House and State Department simultaneously announced a prisoner swap—including the U.S. freeing seven Iranian citizens and dropping extradition requests for 14 others—and the settlement of a financial dispute with Iran that awarded $1.7 billion to Tehran.

But Tuesday night, The Wall Street Journal reported details of the transaction that struck a nerve with Republicans.

The newspaper reported that the administration secretly arranged a plane delivery of $400 million in cash to Iran, representing the first installment of a $1.7 billion settlement resolving claims at an international tribunal at The Hague over the sale of military equipment prior to the Iranian revolution.

The United States sold the military equipment to Iran, but Tehran never received the material because the shah was overthrown in the 1979 revolution.

According to The Wall Street Journal, the U.S. procured the $400 million from central banks in Switzerland and the Netherlands, since American sanctions prevent dollars from being used in a transaction with Iran.

The White House on Wednesday disputed Republicans’ characterization of the cash payment.

“We would not, we have not, we will not, pay a ransom to secure the release of U.S. citizens,” Josh Earnest, White House press secretary, said at a press conference. “That’s a fact. That is our policy and it is one that we have assiduously followed. The only people who are making that suggestion are right-wingers in Iran who don’t like the deal and Republicans in the United States that don’t like the deal.”

Richard Nephew, a former State Department official who served as the lead sanctions expert for the U.S. team negotiating with Iran, told The Daily Signal that since 1981 the U.S. has been trying to settle various claims from before the revolution.

Nephew said the negotiators were attorneys with the Office of the Legal Adviser at the State Department who were working in the background removed from policy issues related to Iran, including the nuclear component.

He said, in his negotiations with Iran on the nuclear deal before he left the State Department in January 2015, the issue of the outstanding claims to Tehran never came up.

“The reality is a lot of these claims have been settled over the last 30 years that most Americans never heard of,” Nephew said. “This kind of transaction would have happened anyway, without the nuclear deal and prisoner release. I think for opponents of the Iran deal there will always be something you can point to and say this proved how bad the Iran deal is, but we ought to be more careful about how we characterize certain things.”

U.S. officials have conceded, however, that the Iranians wanted the $400 million money transfer to coincide with the release of the American prisoners to show that Tehran got something of value from the deal.

Gary Samore, Obama’s former chief adviser on nuclear policy, told The Daily Signal in an interview that the cash transfer should not be technically referred to as a ransom, since the money belonged to Iran.

Yet he said the timing of the payment was not coincidental.

“I don’t think the prisoner release would have taken place without a settlement of this dispute,” Samore said. “If you ask would the Iranians have released those four Americans in the absence of an agreement on this long dispute, the answer is no. From Iran’s perspective, getting their hands on their cash was an essential element of releasing the prisoners. The plane with cash arrived on the same day the prisoners came home. That’s no coincidence. That’s quid pro quo.”

‘We Don’t Have Leverage’

Since the implementation of the nuclear deal, Republicans in Congress have sought ways to punish Iran for its continued support of U.S.-declared terrorist groups Hezbollah and Hamas, and conducting ballistic missile tests.

In addition, Iran’s Revolutionary Guard, which reports to Supreme Leader Ayatollah Ali Khamenei, has continued to arrest foreign nationals, including Iranian-Americans, since striking the nuclear deal.

Before leaving for its summer recess, the House passed legislation to impose a set of sanctions on Iran, and another measure to block Iran’s access to the U.S. financial system.

“If we want to deal with Iran’s bad activities, which include imprisoning more Iranian-Americans and foreigners, we need to put that leverage back on table,” Zeldin said. “We don’t have leverage right now.”

In the Senate, meanwhile, the Foreign Relations Committee introduced a bill in July that extends the Iran Sanctions Act and adds new sanctions related to ballistic missiles, terrorism, and cybersecurity.

But it views other means of punishment as undermining the nuclear agreement, meaning Iran may have less incentive to comply with the deal.