Let’s Roll: Why Standing Up to a Terrorist Is Your Best Self-Defense 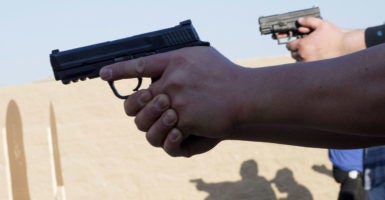 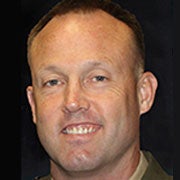 Glen Butler is a U.S. Marine from Virginia. The opinions expressed here are his personal views.

After the carnage like we’ve witnessed in American cities such as San Bernardino and Orlando, and more recently in Europe, the national conversation tends to shift temporarily back toward gun control legislation and how to best protect ourselves in the homeland from future terrorist attacks.

Sadly, however, what is always absent from these post-tragedy conversations is any mention of one change with enormous potential to save lives—one which would not require controversial legislation, millions of dollars, nor procurement of expensive advanced technologies. This change includes an overdue re-examination of how unarmed civilians should respond during these events, including how federal, state, and local authorities tell the public to respond.

Most every American has at some point either discussed or practiced an “active shooter response” based on guidance developed by the Department of Homeland Security.

Originally created, in part, as a buffer against potential lawsuits in the wake of a Nebraska mall shooting in late 2007, the guidance teaches us to run away if possible, hide if you are unable to escape, and fight back only as a last resort.

Today, “Run, Hide, Fight” is taught to everyone and mandated not only by the DHS, but also by the FBI, law enforcement…and even the military, including for its own members. Fear of lawsuits (by grieving family members of victims who fought back) still drives this and indirectly paralyzes everyone into watching helplessly as the active shooter and terrorist menace rampages.

Despite this public mandate to run away or cower when under attack, America vigorously celebrates those who violate this edict and confront the threat.

Three Americans were among those who famously thwarted an attack on a Paris train in August of last year; they’ve enjoyed celebrity status in the months since. Numerous other examples exist of average Americans bucking their government’s guidance, ignoring their survival instincts, and doing the right thing to help save others, and themselves.

Deciding how to respond in such a scenario is a personal choice, and it would be callous to criticize others who have experienced such trauma, no matter their response.

But the mere suggestion of confrontation has somehow become controversial. Recall the widespread criticism of former presidential candidate Ben Carson in October when he said “I would not just stand there and let him shoot me … I would ask everybody to attack” in response to a question about the shooting at an Oregon community college. The world was aghast he would say such a thing.

Nevertheless, consider that in 2012 the Aurora, Colorado, theater gunman who killed 20 people and injured 70 had enough time to leisurely fire 76 shots without confrontation, and was standing casually outside the theater before the arrival of police, who initially mistook him for one of their own.

More recently, an Orlando survivor told CNN he was hiding in the bathroom stall when the gunman’s gun jammed, and he initially thought someone would then use that pause to rush the attacker. “But no one did,” he said. That’s because they were all simply doing what they’ve been told to do, countless times.

The mindset that we are helpless without weapons is not only self-defeating, but dangerous, and government policy that reinforces this perception is a flawed one.

A September 2013 FBI report found that of the 160 active shooter incidents in the U.S. between 2010 and 2013, 21 (13.1 percent) ended after unarmed citizens made the “selfless and deeply personal choices” to confront the active shooters. In each of these cases, the citizens “safely and successfully disrupted the shootings” and “likely saved the lives” of many others present.

Another compelling reason to consider change is because future attacks are inevitable, and relying on police rescue might actually lower your own chance of survival.

The 2013 FBI report found that of those 160 active shooter incidents—incidents that generated 1,043 total casualties—60 percent ended before police arrived. These disturbing numbers warrant attention, especially when examined alongside CIA Director John Brennan’s recent remarks: “ISIL has a large cadre of Western fighters who could potentially serve as operatives for attacks in the West … our efforts have not reduced the group’s terrorism capability and global reach … [and] we judge that it will intensify its global terror campaign.”

Finally, our government-mandated response guidance is based on outdated models.

Al-Qaeda’s recent Inspire magazine told its U.S. supporters to wage a “knife jihad” and stab civilians like they’re all “Israeli Jews.” A 17-year-old Afghan “refugee” recently attacked passengers in this manner on a German train, and an elderly Catholic priest was similarly butchered during a Mass in France.

Does it make any sense to hide behind a desk while a jihadi terrorist slowly slices your co-workers, fellow students, or other Americans to death with a knife or machete? Wouldn’t it be more practical, ethical, and effective to rush blade-wielding terrorists as soon as possible?

Ultimately, this is something Americans should discuss, pundits should debate, and government officials should examine.

It’s time we stop training to be lambs for the slaughter and have a national conversation about standing up to terrorists—a conversation that, for once, isn’t linked to either arming everyone with guns or to legislatively taking away those same weapons. It’s time to arm ourselves with knowledge about the benefits of action, and with training for such methods of defense and deterrence.

After all, you don’t need to be a Navy SEAL or a SWAT team leader to be a hero. You just need to reflect on the current plan’s flaws and be willing to take a better approach, to stand up together against the evil.