The Man Who Tried to Kill Reagan Is Going Free. Americans Should Be Outraged. 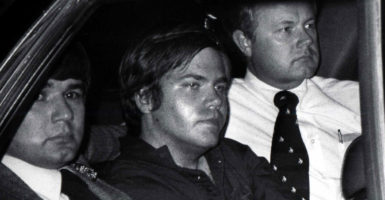 John Hinckley Jr. is flanked by federal agents as he is driven away from court on April 10, 1981. Hinckley was convicted in a 1982 trial that included evidence he shot President Ronald Reagan in an effort to impress Jodie Foster, an actress he had never met. (Photo: UPI/Newscom) 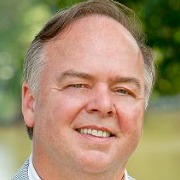 The decision to release John Hinckley Jr. from St. Elizabeth’s psychiatric hospital after his attempted assassination of President Ronald Reagan is outrageous, disgraceful, and a travesty of justice.

No matter how much supervision he has, Hinckley cannot be trusted to move and function in society.

Even though his victims, Reagan and White House press secretary James Brady, have died, Hinckley remains a threat. According to the Secret Service, he is still obsessed with Jodie Foster. Hinckley’s actions remain a terrible stain on American history and a reminder of the lifetime of damage that can be caused by one man in a matter of seconds.

This is a purely political decision by Judge Paul L. Friedman, who clearly wishes to corrupt Reagan’s legacy. Friedman was appointed to the bench by President Bill Clinton in March 1994. Just as a jury of liberal Washingtonians came to the liberally biased verdict that Hinckley was innocent by reason of insanity, so too is this decision.

Once again, corrupt liberal justice was served, but justice was not served for the four victims of Hinckley’s sick actions.