A Lesson in Affordable Living From Canada 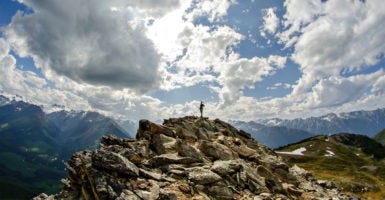 Matthew Colleran is a member of the Young Leaders Program at The Heritage Foundation.

How much more would cities grow if government regulations on construction were lighter and more predictable? New research from the Canada-based Fraser Institute says that heavy regulation—especially delays in approving new projects—can bring growth to a standstill, leading to longer commutes and scattered communities.

Urban areas form the backbone of the Canadian economy and are growing at a faster rate than Canada as a whole. However, the Toronto, Calgary, and Vancouver metropolitan areas are pushing growth into distant exurbs.

That’s not because most Canadians prefer the exurban lifestyle. It’s because growth in urban cores and accessible suburbs has been choked off by regulation.

A perfect example is Rocky View County, which contains the suburbs of Calgary, Alberta, just an hour’s drive from the majestic Rocky Mountains. If Rocky View County had a normal level of regulation, the study estimates that it would have grown 3.3 percent more than it did over a five-year period. Many areas within Calgary itself were similarly hurt.

Instead, the growth went to areas such as Cochrane, a less-regulated exurb 35 minutes west of Calgary, which would have grown significantly less if all of the region had more reasonable standards of regulation.

Cochrane’s growth is “leapfrogging” suburbs and farmland, leaving miles of lightly used land between new developments and older areas. The result is a discontinuous urban area, with a large suburb disconnected from the rest of the metropolitan area. That makes commutes longer and separates towns that would otherwise benefit from one another.

In the Fraser Institute’s own metropolis, Vancouver, British Columbia, development has moved east to towns such as Coquitlam because regulations in desirable parts of urban Vancouver have choked off high-density construction. Vancouver routinely ranks near the top in lists of the world’s best cities, but the regulations and consequently high prices put it out of reach for many middle-class Canadians.

The same pattern found by the Fraser Institute in Canadian cities holds in the U.S. as well, Heritage Foundation research has shown.

Highly regulated cities and suburbs, especially along the coasts, have stifled construction and driven up prices. The cost of buying a home in towns such as Burnaby, British Columbia, and Sarasota, Florida, makes it harder for North Americans to claim their place in the middle class.