These 3 Conservative Policies Have Allowed Indiana’s Economy to Flourish 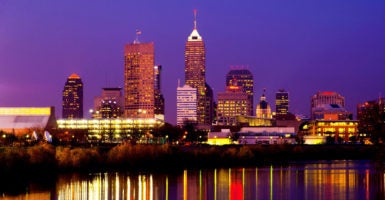 We should expect more than the lackluster 2 percent growth we’ve grown accustomed to under President Barack Obama. Luckily, there is already a successful working model in my home state of Indiana to accomplish this. (Photo: iStock Photos) 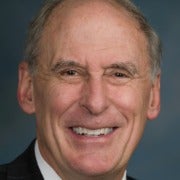 Dan Coats is a Republican senator from Indiana.

We should expect more than the lackluster 2 percent growth we’ve grown accustomed to under President Barack Obama. Luckily, there is already a successful working model in my home state of Indiana to accomplish this.

The recession hit Indiana harder than most states. While then-Gov. Mitch Daniels’ prudent fiscal policies helped the state absorb much of the impact, the recession and its aftermath took its toll. For example, unemployment peaked at 10.9 percent at the beginning of 2010.

However, today, Indiana’s economy is quite different. Employers are investing in the state and in our workers. More Hoosiers are working than ever before, and over 150,000 jobs have been added in the last four years alone. The Tax Foundation now rates the state’s business climate in the nation’s top 10.

What caused Indiana’s transformation? Daniels, and later, Gov. Mike Pence, a Republican, saw the consequences of overregulating, overtaxing, and overspending. They did not like the direction the state was headed and set about to reverse course.

Here are three policies that are working in Indiana:

Republican leaders made it easier to do business in Indiana. They reduced bureaucratic red tape and eliminated many unnecessary regulations. Rather than burdening employers and trying to micromanage how businesses operate, Republicans put in place policies that have allowed our state to grow.

The state put its fiscal house in order. Statehouse leaders cut government spending, balanced the budget, created a surplus, and built a near record reserve fund.

Indiana earned a triple-A credit rating in 2010 and has maintained it ever since. These strategies help put the state in a better position to weather a future financial downturn.

Finally, and most recently, Indiana enacted the largest tax cut in state history. Lawmakers cut taxes for corporations, small business owners, and individuals. They eliminated personal property taxes for half of filers and simplified the tax code.

These sound policies played an important role in encouraging private sector growth. Earlier this year, Chief Executive magazine named Indiana one of the top five states in the nation for business. Executives cited the state’s low costs, low taxes and limited regulations for making it easier to grow their businesses.

Compare Indiana’s model to the Obama model. Since Obama took office, the amount of new regulations tying the hands of employers has skyrocketed, taxes have increased, and our deficit has nearly doubled. These policies limit opportunity and stunt growth.

We can replicate Indiana’s success at the national level. I’ll continue to work to enact pro-growth policies during my time left in office, but we need a president willing to recognize that failed policies of overregulating, overspending, and overtaxing are major obstacles to economic growth.