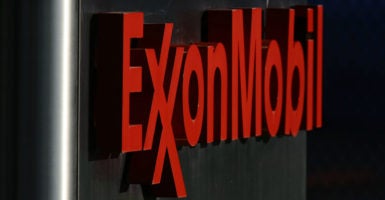 Exxon Mobil Corp. fended off two of the investigations launched by liberal attorneys general into the oil giant’s alleged campaign to mislead the public on global warming.

“After conferring on the matter, the parties mutually agreed that Attorney General Walker will withdraw the subpoena and ExxonMobil will stipulate to the dismissal without prejudice of this action,” reads a legal filing submitted to the court Thursday by Exxon Mobil and Walker that was obtained by The Daily Caller News Foundation.

Walker also withdrew his subpoena to the Competitive Enterprise Institute, a libertarian think tank, in May. Walker demanded the institute turnover records going back 20 years as part of the anti-racketeering probe against Exxon. The Competitive Enterprise Institute pushed back and is still pursuing sanctions against Walker for allegedly violating the group’s constitutional rights.

Healey has also hit a snag in her Exxon Mobil investigation. Healey has “agreed not to move to enforce the [Civil Investigative Demand] during the pendency of this litigation and the litigation commenced by ExxonMobil on June 15, 2016 … other than by filing a cross-motion to compel as described below.”

That’s according to a joint filing from Healey’s office and Exxon Mobil submitted to the court last week, which was obtained by The Daily Caller News Foundation.

Healey has agreed to an abeyance of the subpoena, meaning her office won’t enforce the subpoena until all legal appeals are exhausted, which takes a couple of years.

Exxon has essentially stopped two of the four attorneys general investigations. But California’s investigation into Exxon has also not made much progress since it was launched in January.

California Attorney General Kamala Harris’s office opened an investigation into Exxon Mobil, but the company has yet to receive a subpoena from Harris.

Harris is running for the Senate seat that will be vacated by Democrat Sen. Barbara Boxer next year. She recently won the state’s Democratic primary and isn’t expected to do much in terms of investigating Exxon Mobil.

Schneiderman was the first state prosecutor to launch an investigation into Exxon Mobil based on allegations made by left-wing reporters at InsideClimate News and Columbia University that the company “knew” of the dangers of global warming, but funded skeptic groups to mislead the public about climate science.

Those reports, however, were backed by wealthy liberal foundations opposed to fossil fuels—some of those reporters didn’t disclose they were funded by left-wing groups when they got their piece published in the Los Angeles Times.

Schneiderman held an event in March where Walker and Healey announced they would be going after Exxon Mobil. For the event, Schneiderman brought in prominent environmental activists to discuss global warming and litigation strategies against oil companies.

Eco-activists gave these presentations behind closed doors the same day Schneiderman was joined by more than a dozen other attorneys general and former Vice President Al Gore in condemning Exxon Mobil for “fraud” and “deceiving the American people.”

Schneiderman’s office then tried to cover up activist involvement by telling the environmentalists not to disclose to the media they attended the March event.