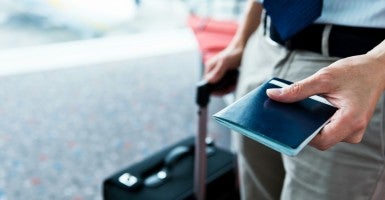 The Government Accountability Office recently released a critical report on the Visa Waiver Program. While there is plenty to be frustrated about in the report, the details are not as bad as the initial summary suggests. And perhaps most importantly, the report unequivocally states that the program is improving U.S. counterterrorism efforts—a fact missed by many pieces of news and commentary.

Currently, 38 nations are participating in the Visa Waiver Program. Member countries are also required to:

The Heritage Foundation has long argued that such sharing of information strengthens U.S. counterterrorism and security efforts. And contrary to some misconceptions, individuals entering the U.S. through the Visa Waiver Program are still subject to numerous checks against U.S. intelligence databases.

Criticism of the Visa Waiver Program

The report found that all countries are sharing information on lost and stolen passports and the U.S. was using that information to vet travelers.

Ideally, countries would be directly sharing with Terrorism Screening Center, but they are still sharing per their HSPD-6 agreement with the U.S. For those few countries that aren’t sharing, it could well be explained by the fact that some member countries, like microstates San Marino or Monaco, have no information to share.

Crime data sharing is shakier. While the U.S. has agreements to establish Preventing and Combating Serious Crime automated information exchanges, “about two-thirds of [Visa Waiver Program] countries had shared information about criminals with U.S. agencies through PCSC or equivalent agreements using interim, manual query mechanisms—either electronic file transfer systems or compact disc exchanges. The remaining Visa Waiver Program countries had not shared such information through the agreements.” This is unacceptable. We should at least have interim sharing in place with all countries at this point.

But there is additional caveat. The report acknowledges that the U.S. may be receiving data indirectly from other countries through organizations like Interpol. This isn’t as good as direct, institutionalized sharing, but it is likely that the remaining one-third of member countries are still sharing through alternative means.

The report also states that the Department of Homeland Security has no time frame to require member countries to become compliant. It is only fair to demand that countries participating in the program meet their obligations in a reasonable time.

Praise for the Visa Waiver Program

Unfortunately, much of the press on this report has only focused on the shortcomings of the Visa Waiver Program and failed to focus on the most important part of the study. The Government Accountability Office states in no uncertain terms that the Visa Waiver Program information sharing “has enhanced U.S. traveler-screening capabilities and improved U.S. agencies’ ability to prevent known and suspected terrorists from traveling to the United States.” Similarly, the Government Accountability Office reports that the U.S. government has used criminal data “to aid in law enforcement investigations.”

In other words, the Visa Waiver Program, however imperfect, is helping stop terrorists and criminals.

Policymakers can and should be critical of how programs are run and the Visa Waiver Program is no exception. It is reasonable to push for institutionalized sharing of information and sensible time frames for meeting those requirements.

Strengthening and expanding the Visa Waiver Program will make the U.S. more safe and prosperous.