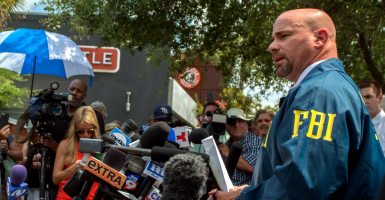 The ISIS-inspired gunman Omar Mateen was twice investigated by the FBI. Many now wonder why he was allowed to purchase firearms. (Photo: George Wilson/dpa/picture-alliance/Newscom)

In the aftermath of the Orlando terrorist attack, the fact that Omar Mateen was twice investigated by the FBI has many wondering why he was allowed to purchase firearms and why the FBI wasn’t aware of his plans for terror. Here are the key details about U.S. terrorist watch lists and what they do.

The list receives names of suspected international terrorists from the Terrorist Identities Datamart Environment,  maintained by the National Counterterrorism Center in connection with the U.S. intelligence community and security agencies that have information on terrorists. It also receives data on domestic terrorists from the FBI.

>>> Massacre in Orlando: 86th Instance of Islamist Terror in US Since 9/11

For example, the no-fly list and the selectee list are used to prevent individuals from traveling or to subject them to greater scrutiny. For an individual to be included on the no-fly list or selectee list, additional evidence of his threat to aviation security and clear identifying information is needed above and beyond the standard of reasonable suspicion.

Another list extracted from the terrorist watch list is the Known and Suspected Terrorist File, or KST file.  For someone to be included in the KST file, clear identifying information is needed.

The National Instant Criminal Background Check System, used to check firearm purchases, draws on the KST file. Inclusion in the file does not itself prevent a gun purchase, but flags the purchase for further review.

The individual is allowed to purchase a firearm so long as he is not a felon, adjudicated to be mentally ill, a fugitive from justice, an illegal immigrant, or prohibited from making gun purchases for another statutory reason.

What Is the Standard of Proof to Be Put on the Terrorist Watch List?

To get on the terrorist watch list,  U.S. officials nominate an individual whom they have “reasonable suspicion” to believe is engaged in or aiding terrorist activities.

There must also be a sufficient level of identifying information to include an individual on the list. There have been, and continue to be, legal battles over whether proper avenues for redress exist to get off the no-fly list. Omar Mateen, identified as the gunman who killed 49 people and injured 53 at a nightclub in Orlando, was twice investigated by the FBI. Being on an FBI list isn’t certain to stop a potential terrorist, experts say. (Photo: Reuters/Newscom)

So How Did Omar Mateen Get His Guns?

Omar Mateen, identified as the killer in the Orlando massacre, was subject to two FBI investigations in 2013 and 2014. He was added to the terrorist watch list.

Following the conclusion of the investigations, Mateen was removed from the watch list.  As a result, when he went to purchase the firearms used in the attack, he was not in the KST file and was not flagged by the FBI.

Even if Mateen had been on the list, he likely would not have been prevented from purchasing a weapon. The FBI would have been alerted, however, and could have responded and investigated further.

Did the FBI Make a Mistake?

In the coming days, the FBI’s decision to close its investigations will be reviewed. FBI Director James Comey has said it appears the bureau followed the correct procedures, but the steps the agents took are being examined to see if something fell through the cracks.

Until we know more about how the FBI investigated Mateen, we can’t assume the FBI did something wrong.

The situation  does, however, point to the critical role the FBI plays in investigating and preventing terrorism, and why our intelligence and law enforcement agencies need the right resources and tools—as well as the right coordination with state and local law enforcement— to stop terrorists before they strike.

This commentary has been modified to make consistent use of the term “terrorist watch list” and to correct its official name.