How the Insurance Market Is Responding to Obamacare 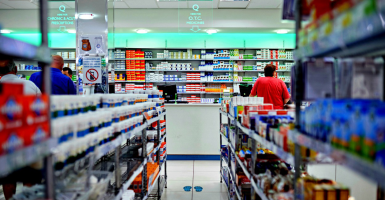 What this denial of service leads to is exactly the kind of drug rationing that free market conservatives have been warning about for years, usually to vocal derision from the left. (Photo: iStock Photos) 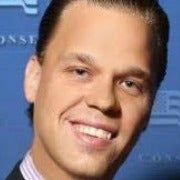 Gregg Keller is the principal of Atlas Strategy Group and a former national executive director of the American Conservative Union and the Faith & Freedom Coalition.

I split my time pretty evenly between Washington, D.C., and my hometown of St. Louis, Missouri. In D.C., if you want to get your fix of crony capitalism or government mandates, they’re only a step away at any time. But if you want to capture a perfect specimen of crony capitalism and government overreach in the wild, it’s a little more difficult out here in “Flyover Country.”

So you can imagine my fascination when an organization called the “Institute for Clinical and Economic Review” announced it was coming to town to give us just such a perfect example. Even the name is perfectly “Kafkaesque.”

In the wake of ridiculous Obamacare mandates, the insurance industry is under tremendous cost pressure to deny its customers access to expensive lifesaving drugs. But those insurance companies don’t want to take the public relations hit for denial of these drugs that cost billions in research and development to get to market, hence the Institute for Clinical and Economic Review.

The institute helpfully steps into the breach and, with funding directly from the insurance industry and its allies, produces “research” that even liberals acknowledge vastly limits patients’ access to lifesaving drugs.

Essentially, the insurance industry is passing on largely bogus research through a front group, the Institute for Clinical and Economic Review, that gives insurance companies leverage to deny coverage to expensive cures. It’s a perfect example of Washington, D.C.-style self-dealing and crony capitalism.

What this denial of service leads to is exactly the kind of drug rationing that free market conservatives have been warning about for years, usually to vocal derision from the left.

That’s not the only terrifying thing about the institute’s process, however. At the St. Louis event—which was held to determine if new drugs for a deadly blood cancer are worth their cost (despite their ability to extend life)—one of its paid staff helpfully told us that 70 percent of the organization’s funding came from nonprofits.

As if that kind of opacity is supposed to make us feel any better. Shoot, the Center for American Progress is a nonprofit too, but I wouldn’t let those guys change my tire, let alone decide what lifesaving drugs my child can access. That’s one thing you’ll find about the institute: A consistent lack of transparency. Despite its claims that it’s pristinely funded by nonprofits, if you dig deeper, you’ll find that the institute is actually mostly funded by the insurance industry.

But have no fear, we were told by the organization’s representatives in St. Louis! What could possibly go wrong with the Institute for Clinical and Economic Review’s procedures? Well, for starters, how about the fact that its processes have been likened to the British socialized health care system.

Opponents will say that the institute’s reach only impacts the private market. And yet, there are troubling signs that its rationing will soon start to infect the public market as well.

And it’s likely that the institute is coming to a town near you. The group’s regional bodies will hold public meetings, like the one in St. Louis, across the country in the coming months, including Los Angeles this month and Portland, Maine, in July. That’s bad news for patients and good news for the insurance companies that benefit from the institute’s manipulation of the media. The institute has effectively sold the press that it’s a “trusted” and “independent” nonprofit.

Not so. Rather, it means price controls. Drug rationing. The tip of the death panel spear. Crony capitalism. Self-dealing. Lack of transparency. Links to European-style socialized medicine. Ties to the Obama administration. And a direct threat to our pro-life beliefs. There is truly something in the Institute for Clinical and Economic Review for every conservative to hate.